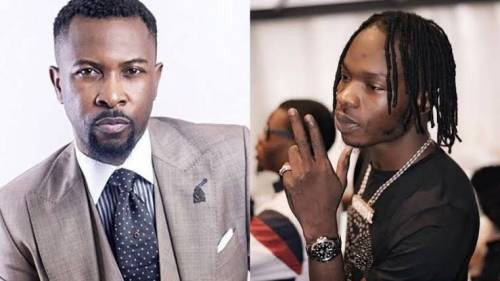 Michael Ugochukwu Stephens, popularly known as Ruggedman, is a Nigerian rapper from Ohafia, Abia State. A graduate of Political Science from The Lagos State University, Ojo, he started exploring music in 1999 when he produced his own songs and released two tracks. He eventually launched himself into the music industry same year, becoming the most featured rapper in country at the time. In this interview with ENIOLA DANIEL, the conscious rapper speaks on his advocacy campaign, his forthcoming EP and others issues.

You’ve been seen on social media in recent time posting pictures with Nollywood actors, are you planning to join the film industry?

I have always wanted to do movies as far back as Checkmate by Francis Agu. I actually appeared in two Agu’s movies back then, but as extra (Waka Pass); I auditioned with the likes of Tony Omez, Jumai Joseph and others. This was before the likes of Tonto Dikeh came into the industry, so, I am veteran waka passer; it’s not new to me.

Actually, in 2016, I played a lead role in a movie, but it never came out; they said they had issues while editing. I have been threatening Kunle Afolayn and the rest that I want to act and that they should use me now that I am a bit cheap, because once Stephen Stigall uses me, I won’t come cheap anymore. So, Moses was sharp enough and he uses me in a series; I’m very proud to have acted alongside Jidekene Achufusi. Yes, I’ve always wanted to; I’ve always liked to act.

Where did you get the passion?

I believe anyone into entertainment has passion for almost every part of entertainment. That’s why sometimes, you see musician go into acting and you see actors trying to sing. I said trying to, because singing is not easy; it requires talent. It’s a bit easier for a singer to act than for an actor to sing. I’m not trying to say acting doesn’t require talent, but it’s a bit easier.

Talking about acting, is it something you are likely going to do full time?

Someone once put it in a song that, ‘Ruggedman o fe retire (Ruggedman does not want to retire),’ and I replied, ‘Did you teach me mechanic work?’ So, basically, what I do is 80 per cent entertainment and it will be smarter to be able to do a lot of things instead of just one thing; nobody sings forever.

Before I came into the industry, there were people; while I am here, new ones were coming up and then after me, there will be a lot. So, tomorrow, there will still be new singers, but it’s just left to you and the type of footprint you’ve left in the sand of entertainment field. Will they talk about you when they talk about music? A lot of musicians have come and gone; there are artistes, who came a year ago who we don’t even remember today. But this is Ruggedman sitting here; my first single was in 1999.

You have been in the industry for a very long time, how would you describe your relationship with the younger artistes?

We are colleagues. I am a friend with who I am friend with and then colleague with the ones I am not friend with. Because we are all in the entertainment industry does not mean we are buddies. What I have for everybody, whether into entertainment or not, is respect. I am not about because you are buzzing, I’ll come and run to you, no! I respect myself more, so I am cool with everybody that’s cool with me; I respect everybody that deserves my respect. The minute you show me that I shouldn’t respect you or you don’t deserve it, it’s gone.

Are you working on any music?

Yes, I was out of Nigeria early this year; I had to run back because of the COVID-19 pandemic. Secondly, the plan was to drop an album when I got back in March, but because of the situation of things right now, people are dying, people are falling ill, the economy is almost grounded. A lot of things are going wrong right now, so I decided to change the direction of the album. Instead of dropping normal feel-good songs, I started recording a situation EP. So, I have recorded songs that have to do with what is happening in Nigeria and the world right now.

Talking about the situation EP, aren’t you scared about the acceptance level?

No, I understand that and I have thought about that. But if you remember correctly, there was a time Kizz Daniel did FU challenge and he talked about how his girl cheated on him and a lot of other artistes jumped on it and they were doing songs talking about how their lovers cheated on them. But Ruggedman went into it and changed the narrative. I switched it to police brutality, to what was affecting everybody. I dropped it about 12 am; by morning, the whole of Nigerian and Ghanaian music industry were on my page talking about that one-minute song. You don’t want to know the kind of comments I got on it; people were asking how can one man capture so much information and so much about things happening in the country in 56-seconds? That was how I knew that people actually listen, especially if it’s about things affecting the people.

When I jumped on the FU challenge, the way it went ended the challenge. People were asking other artistes that released their own version before I did mine to delete them; it was as if I just suddenly brought them back into reality. Everybody started telling his or her own stories. So, that’s what I am doing with the Situation EP; I am still going on that line. I’m talking about things happening to people and not just police brutality; I’m talking kidnapping, I’m talking pandemic.

When can we expect the EP?

Give or take, three weeks, because I just got the songs mixed and mastered.

For three years you’ve been campaigning against police brutality, do you think there are changes?

READ  Lady’s photo taken to a shrine in Edo by her customer, cries out (Photos)

Yes, I have a platform, but I could have chosen to keep quiet and not use it to help anybody; I can’t see injustice and let it go like that; it’s better for me not to know. It’s so crazy that when somebody brings a problem to me, I am the one calling the people to find out how it’s going, I call them to get feedbacks; some don’t even believe it’s Ruggedman the musician they are talking to because of how I relate with them. I don’t talk to people like I’m a musician; I am who I am. God has made me who and what I am; I don’t need to put that in anybody’s face. I don’t need to use it to oppress anybody or make anybody feel less. Instead, I would rather use it to raise you if I can.

On the changes, before 2019, have you ever seen the Nigerian police parade officers’ for committing crimes?

They never did till I took it up as a duty. Kolade Johnson matter was the one that really got to me because that was a young man who was just watching football and some overzealous police officers shot him. The policeman said he shot into the air and it hit someone in front of him. The policeman was just careless and doing the usual ‘nothing go happen’ but unfortunately for him, we had gotten into the matter; Segalink and myself. I carried it on my head and I’m still carrying it on my head.

It was from that particular issue that I started talking to the Nigerian Police and I started telling them, especially the Public Relations Officer of Nigerian Police, that it’s about time they stop protecting officers who commits crimes. ‘You should lead by example, you are an officer of the law, you should lead by example; you know the law more than anybody else so, you should know that once somebody commits an offence, the person is a criminal.’ You parade people, you arrest and call them suspected fraudsters, suspected armed robbers, meaning they have not been proven guilty yet, but you show their faces, you write their names. If you do that to people you suspect, then why are you protecting someone who obviously killed somebody?

I asked him why are you projecting this person? Why do you do a private orderly room trial but when you arrest suspected fraudsters, you put them out in public?

Even if they are found to be innocent after the case, do you come back to announce that they are innocent? So, you have tarnished their image; you’ve brought a whole lot of damages to them. You need to start parading these offices. I was the first person they sent their pictures to with press release.

READ  Only Arrest Of Miyetti Allah Leaders Can Restore Our Hope In Nigeria - Gov. Ortom

Even if some of them have not been prosecuted the way we want, at least now, we’ve seen their faces; we now know their names. Now, they don’t do it as easily as they used to. But Nigerians need to stop looking for people to push forward, looking for whom to hide behind and who to blame; they ask you to speak, after you do and something goes wrong, they still come back to blame you. ‘You should have just stayed on your lane; you are a musician and not a politician or an activist.’

I learnt that over the years and I really do not care what anybody says. The most important thing to me is that I do what I feel is good, whether people support me or not. But what I will not accept is somebody trying to force me to come and fight for him.

I saw a post online about police harassment and someone just called me out to say ‘Ruggedman, do your job’, I had to reply him, ‘Excuse me, which job? I am not an appointed officer; I am a citizen like you.’

Are you concerned about the lyrics of some of our song today?

For me, it’s a collective issue; it’s not just about the entertainers. Entertainers are creative, if his creativity takes him the explicit way, he or she will go that way. But that is why we have the Censors Board, so it’s not about the artiste; the artiste churn out whatever he wants to give out. We all have a role to play; artistes would create, Censors Board should do their job, radio stations should do their job, but you can’t restrict anybody from doing anything they want to do, as long as it’s not a crime.

Have you ever been tempted to do those kinds of songs?

Yes, I have. What I always say the most is, everything in life is about choice and about your upbringing. The environment you grow up also influences you, but the one I don’t ever believe in is peer pressure. 95 per cent of my friends smoke, but I’ve never smokes a stick in my life. So, it’s about choice. But people on the streets accept that kind of languages and that’s why if a musician knows that if he or she will say those words and make money, they will sing that. Ethically, it’s not right, especially when you have kids and that’s why we have the Censors Board who needs to act.