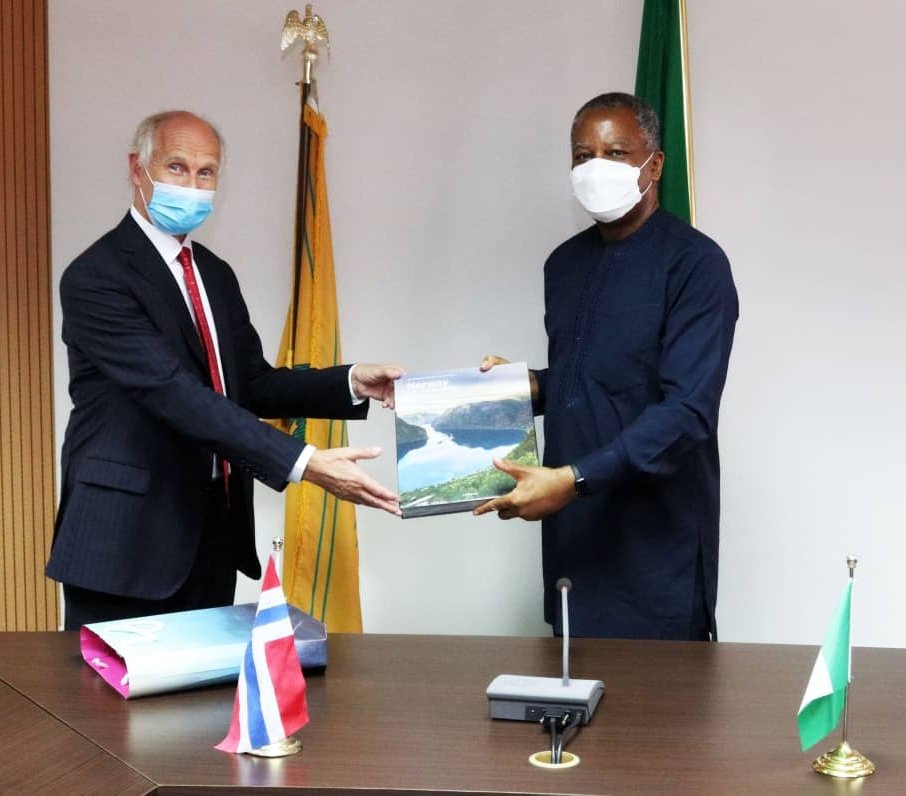 The outgoing Ambassador of Norway to Nigeria, Jens-Petter Kjemprud, on Friday listed the organisation of two donor conferences that raised $1bn for the development of the North East as one of his achievements in office.

According to a statement by the Senior Special Assistant to the President on Media and Publicity, Garba Shehu, Kjemprud said this during a virtual farewell meeting he had with President Muhammadu Buhari.

The statement titled, ‘President Buhari commends impressive Norwegian support at ambassador’s farewell,’ read, “The outgoing ambassador, in his speech, said his four-year tenure had grown economic relations between the two nations substantially, noting in particular, the presence of more than 70 Norwegian companies in the country as well as the important step by the Norwegian Sovereign Welfare Fund to invest in the Nigerian Stock Exchange.

“He also cited as a very important achievement, the organisation of two donor conferences driven by Norway that raised more than $1bn for the development and humanitarian assistance to the North East.”

Shehu also quoted the President as expressing delight at the progress made in Nigeria-Norwegian relations in the last four years.

He said the President commended the envoy for the bilateral accomplishment in the area of oil and gas, fishing, humanitarian assistance in the Northeast and other benefits that his efforts have brought to Nigeria.

“I congratulate you on your performance and hard work and for the help in the promotion of welfare of people in the North East where we have problem of Internally Displaced Persons, and in infrastructural deficit. We are very grateful. Thank you,” the President reportedly told the envoy.