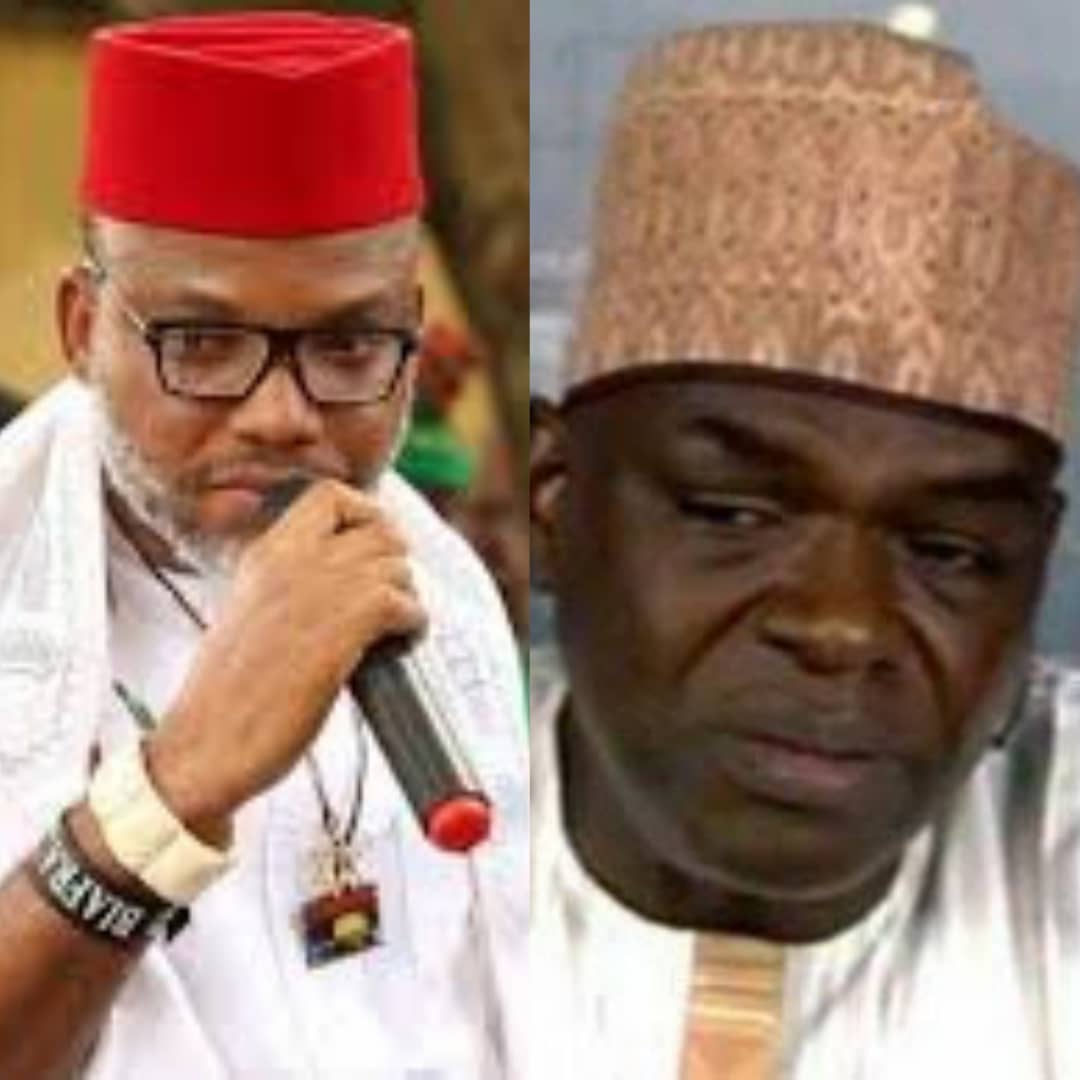 Nnamdi Kanu, leader of the Indigenous Peoples of Biafra ( IPOB) has stated that any attempt by the Miyetti Allah Hore Kautal to formally launch its national vigilante group in Biafraland would be resisted.

This was contained in a statement released by IPOB Media and Publicity Secretary, Emma Powerful.

Kanu alleged that Miyetti Allah had perfected plans to deploy its vigilantes across the country immediately after the launch.

“We know their mission; contrary to the lies they are feeding the gullible public with. But we assure them that they will meet their waterloo in the entire Biafra land.

“We want to declare in unmistakable terms, that no Miyetti Allah vigilante is needed or will be allowed to operate in any part of Biafra land . They may operate in other parts of Nigeria but not on any Biafra soil.

Kanu added: “IPOB is ready for them irrespective of the sophistry of those backing them.

“We are very formidable and fully ready to defend our land against these vampires.

“We don’t need them, and will never give them any inch of our land. We shall repel them and chase them back to the Sahel.

“How can we allow globally recognized terrorists and those who rape and maim after butchering others to police our communities? This can never happen.

“The Nigeria Army invaded the home of our leader after IPOB had launched its Biafra Security Services, BSS .

“But now that the world’s fourth most dangerous terrorist organisation is about being formerly launched in Nigeria, everybody has suddenly gone mute.

“However, it will be in their interest to restrict their operations to the core North where they came from, and don’t venture to step into Biafra territory, otherwise, they will regret it.

“This has exposed the hypocrisy of the Presidency. They rejected regional security outfits and cajoled states into community policing, yet they have maintained criminal silence over the plot by the Fulani to float their killer agents.”

He assured all Biafrans not to panic but to remain calm as “we get ready to usher in our Sovereign State coming very soon. We have all it takes to secure all Biafra borders.”