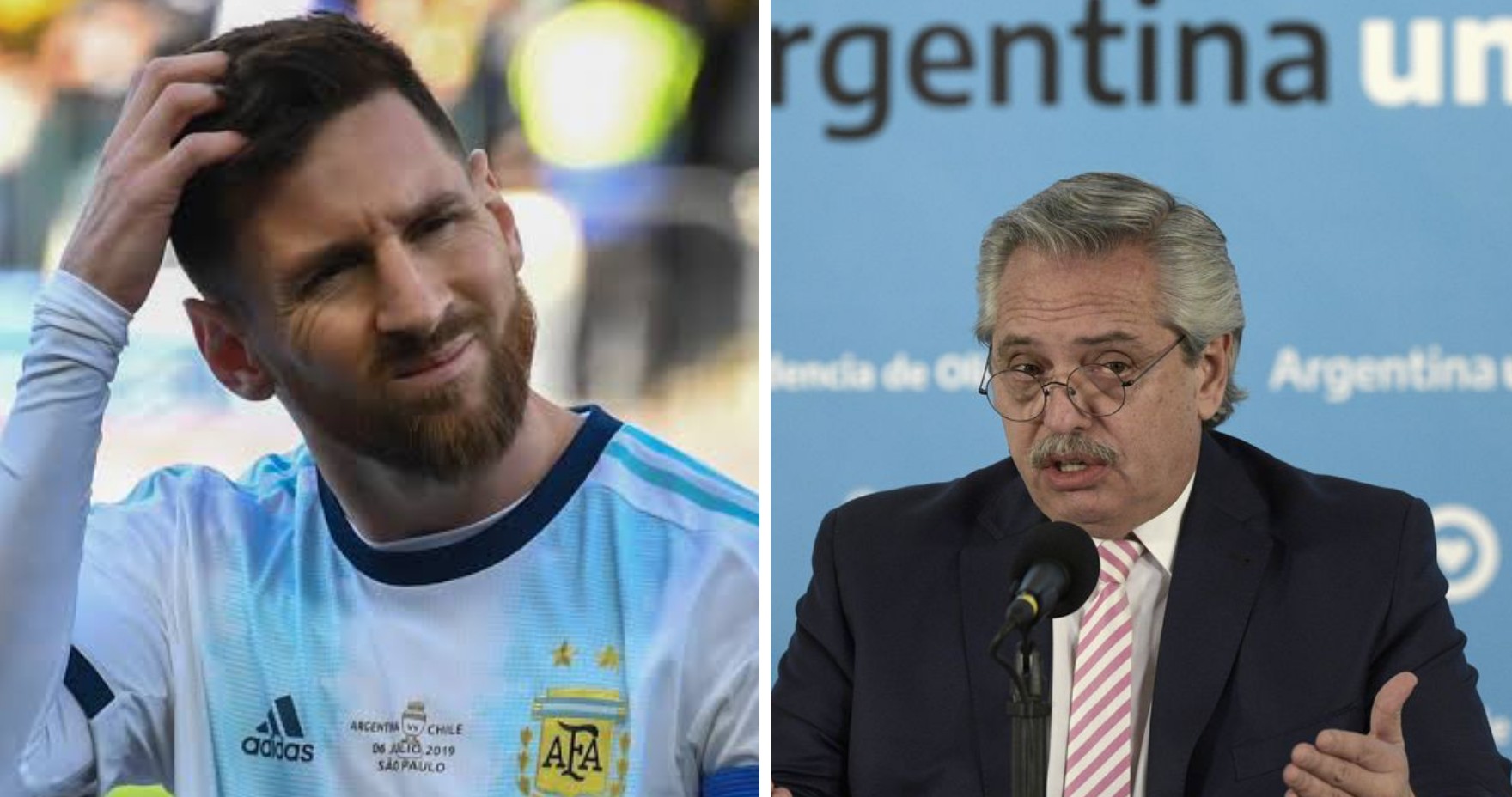 Argentina’s president Alberto Fernandez has advised Lionel Messi to return to his homeland and finish his career at his former youth team club Newell’s Old Boys.

Messi,33, shocked the world of football last week by informing Barcelona of his intentions to move on this summer following a turbulent season at the Nou Camp.

Messi, had failed to appear on Sunday for the mandatory COVID-19 tests for Barcelona players ahead of preparation for pre-season activities.

Messi insists he is a free agent, the club argued he has an existing contract and can only leave upon payment of his $700m release clause.

He has been most strongly linked with a move to Manchester City, where he would link up with his previous manager Pep Guardiola again.

But some believe he could be tempted with going back to Newell’s, who he represented at youth level between 1994-2000 before making the move to Spain at the age of just 13.

And speaking on Argentinean TV channel C5N, Fernandez said: “You are in our hearts and we have never seen you play in our country.

“Give us the pleasure of ending your career with Newell’s Old Boys, your club.”

And on who he admires between Diego Maradona and Messi Fernandez admitted he admired the 1986 World Cup winner.

He stated that his preference for the Napoli icon is due to the fact he graduated from the team he supports, Argentinos Junior.

“The great merit of Maradona is that he played alone against the world,” Fernandez added. “I’ve never seen a player like Maradona.

“I admire him deeply – more than Messi, to be honest, because he comes from the Argentinos’ youth. He was a kind of gladiator, with incredible strength.”

Newell’s fans held a spectacular parade on the streets of Rosario on Thursday in the hope of showing Messi how much it would mean for them for him to move to the club.

Club vice-president Cristian D’Amico told TyC Sports: “Maradona came and everyone believed it was impossible. What Newell’s fan doesn’t have the dream to see the greatest in our shirt?”