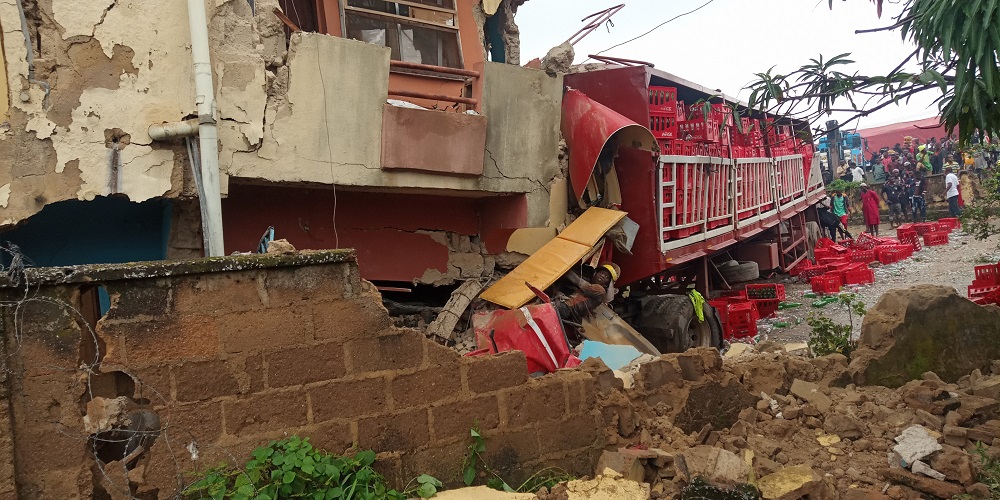 Tragedy averted as three people reportedly trapped in a building after a truck crashed into it at Madala, FCT have been rescued.

This was contained in a statement released by the Director-General, FCT Emergency Management Agency, FEMA, Idriss Abbas on Sunday.

The DG explained that the truck, which was loaded with beverages, crashed into the residential building on Saturday.

Abbas said that the victims sustained injuries and had been taken to the Zuba General Hospital.

He said the accident caused a gridlock on the Zuba-Abuja expressway, forcing motorists to seek alternative routes to reach Abuja.

“The rains are getting heavier and the roads are getting slippery; motorists must apply more caution,” he warned.

“We have observed that some of the houses affected by the flood are structures whose owners try to extend the fence to the banks of the rivers close to them, just to add a few meters to their originally approved plot,” he added.