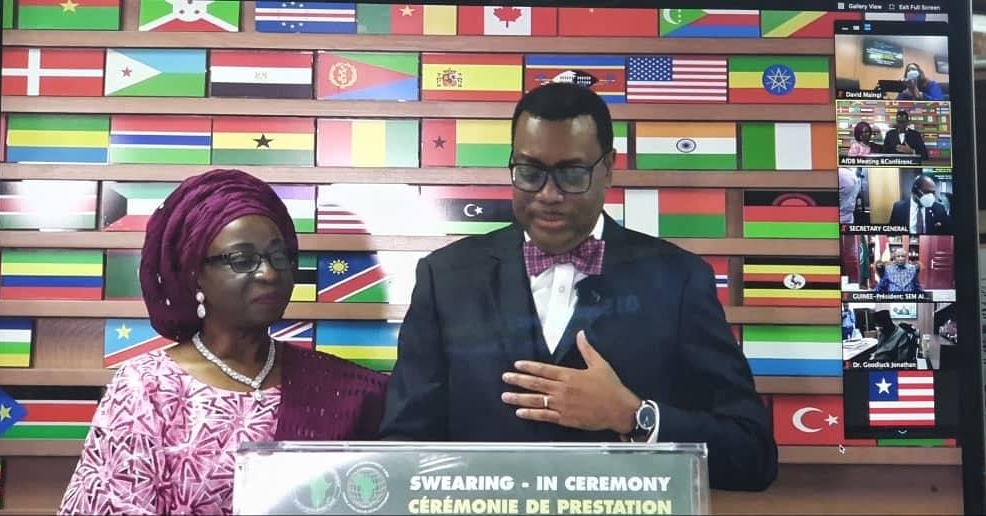 Nigeria’s Akinwumi Ayodeji Adesina has been sworn in as the president of the African Development Bank (AfDB) for a second term in office.

Akinwumi Adesina was sworn in on Tuesday at the AfDB headquarters in Abidjan, Cote d’Ivoire, in an event that was broadcast virtually.

Akinwumi, who is a former minister of agriculture in Nigeria was elected in May, 2015 and he is the first Nigerian to occupy the position.

He was re-elected on Thursday, August 27, during the annual meetings of the AfDB.

Adesina is also the first president to be elected by 100 percent of votes by regional and non-regional members of the bank.

The oath of office was administered by Kenneth Ofori-Attah, Ghana’s finance minister and chair of the AfDB board of governors.

Commenting on his victory, Adesina had said: “I am deeply grateful for the collective trust, strong confidence and support of our shareholders for electing me for a second term as President. It is yet another call for selfless service to Africa and the African Development Bank, to which I will passionately devote myself”.

“The future beckons us for a more developed Africa and a much stronger and resilient African Development Bank Group. We will build on the strong foundations of success in the past five years, while further strengthening the institution, for greater effectiveness and impacts”