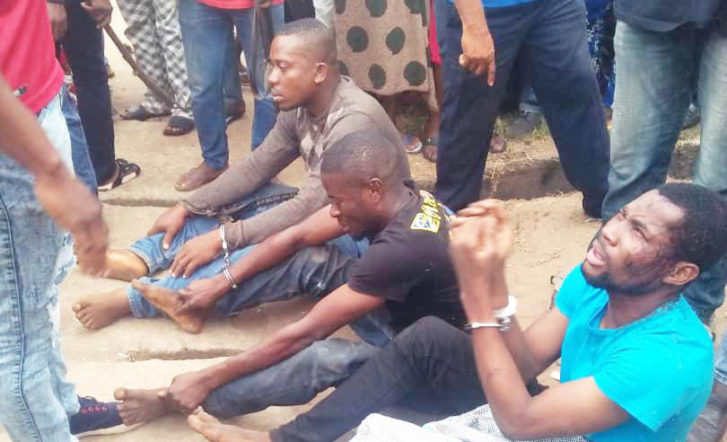 The Delta State Community Policing (vigilante) Agbor have arrested a four-man gang who specialised in breaking into churches and stealing church equipment.

The four-man gang had during the early hours of last Thurs­day gained access into one the Anglican churches in town, carted away its key boards, mixer, amplifiers and heavy musical instru­ments.

Report revealed that the hoodlums met their Waterloo while trying to waybill the stolen musi­cal instruments worth millions of naira to Lagos State.

According to a source (name withheld), at the point of way-billing the musi­cal instruments one of the drivers at motor pack started suspecting their actions which prompted him to call the vigilante group.

The suspects allegedly took to their heels after they sighted the security men but sadly, the para­military men had already surrounded the area.

According to Daily Independent report, it was when the vigilantes in custody of the alleged robbers got to the church premises, that the clerics in charge of the church got to know that the church has been vandal­ised.

One of the thieves was said to be an indigene of Umunede while the other two claimed to be from Anambra State while one said that he was from Benue State.

A source from the Police in Agbor confirmed that the suspects were in their custody and that preliminary investigation had commenced.