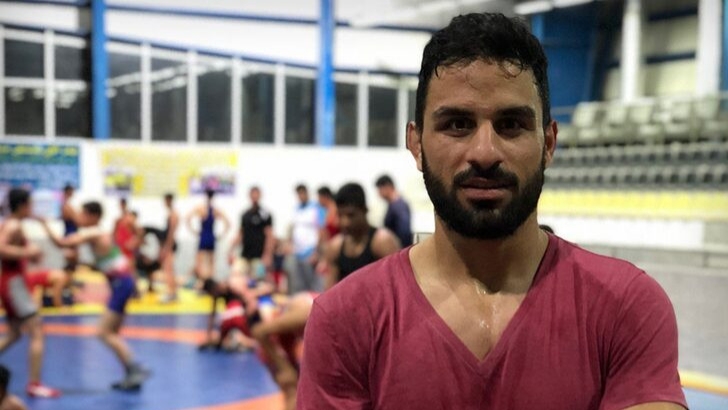 Wrestler, Navid Afkari Sangari has been reportedly sentenced to two death sentences by an Iranian court in Shiraz over his alleged role in 2018 protests against the government.

Reports revealed that the charges against Navid include forming a group to act against the government, killing a security agent, and actively participating in protests in Kamerun and Shiraz in 2018.

It was reported that the wrestler was recently sentenced to two death sentences, six-and-a-half years in prison, and 74 lashes.

According to Human Rights Activists News Agency (HRANA), Afkari was arrested with his two brothers, Vahid and Habib, in August 2018.

The agency also published an image of a letter it said was from Navid Afkari, in which he accused the Iranian authorities of subjecting him to “brutal torture – including covering his head with plastic bags and pouring alcohol in his nostrils — to confess to fabricated statements on which the charges against him were then based.”

All three brothers were found guilty at a court hearing in the city of Shiraz but only Afkari was sentenced to death.

The sentencing has sparked some international concern with several Iranian-Americans activists condemning his case and pleading for the execution order to be overturned.

“This is what the Islamic Republic of Iran does to a mother. Her name is Behieh Namjou,” Masih Alinejad, a prominent Iranian dissident and journalist, tweeted.

According to HRANA, the death sentences have been confirmed by the Supreme Court and his request for appeal was rejected.

Navid Afkari is a wrestler who has won several medals in domestic tournaments.