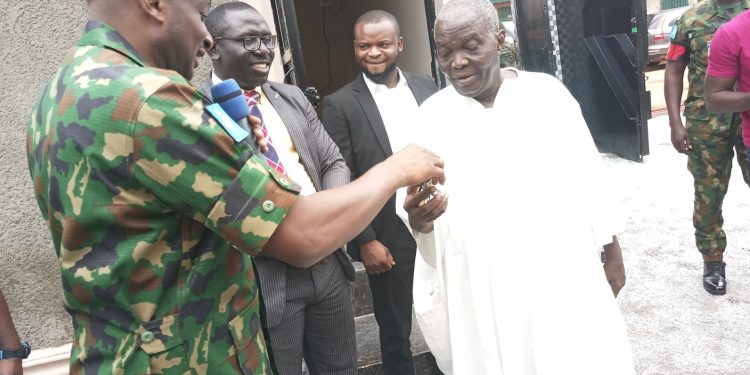 This is coming after reports of the forceful eviction of the veteran soldier from his over 20 years Kabaka Costain home and subsequent calls for intervention went viral.

The war veteran had sought the intervention of the Army authorities and Kaduna State Governor Nasir El-Rufai over the “forceful eviction” from his home by security operatives.

The Army Chief who was ably represented by the General Officer Commanding, Major General Usman Mohammed while handling over the newly acquired property at Angwan Maigero, Chikun Local Government Area of the State to the beneficiary said the welfare of the military personnel, serving or retired, remains a top priority of his military leadership. READ  Nigerians reacts to these photo of Mercy Aigbe with another actor on a movie set. (PHOTOS)
Share this Post[?]