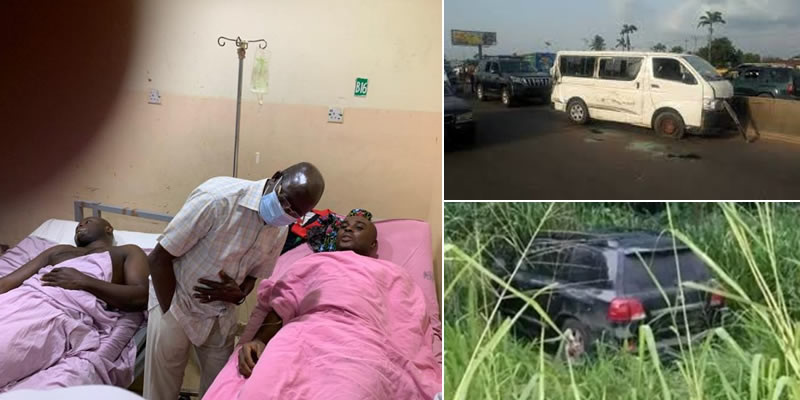 An accident occurred on Tuesday at Oluku junction after a trailer ran into the campaign entourage of former Edo State governor, Adams Oshiomhole and top chieftains of the APC, killing two policemen.

The deceased policemen who lost their lives when a trailer rammed into their vehicle after its brakes failed were said to be part of the former governor’s security back-up reportedly.

Two other Aides of the ex-governor were said to have been critically injured and are receiving treatment in hospital.

Oshiomhole’s Sports Utility Vehicle (SUV) is said to have have been badly damaged, but the former governor did not sustain injury, according to a statement issued by his media aide, Victor Oshioke. The convoy of vehicles in which the formal national chairman of the APC was traveling was said to be heading to Usen, Ovia South West council for a campaign rally when the accident occurred at about 12pm yesterday.