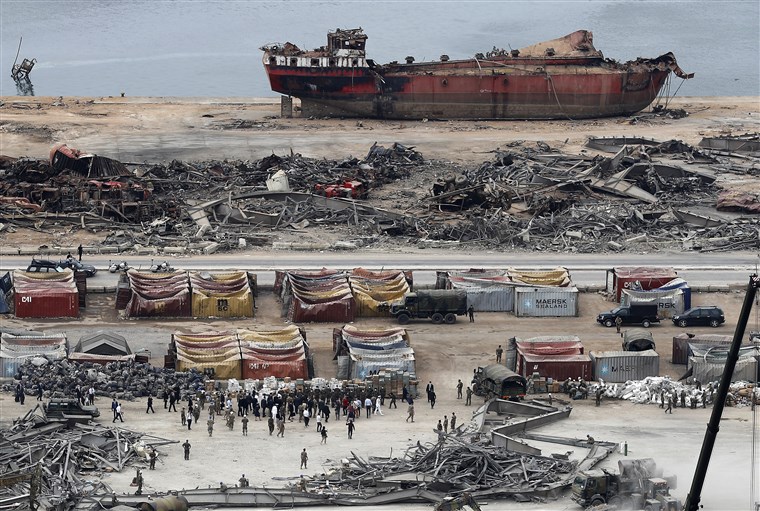 After over 190 people were killed and thousands injured in the blast that rocked Beirut weeks ago, the Lebanese Army has found more than 4 tonnes of highly explosive ammonium nitrate near Beirut port entrance.

The location was where massive blasts wreaked havoc in August.

It said that upon the request of the Beirut port customs department, engineers inspected four containers near entrance Number 9.

“It was found that they contain an amount of ammonium nitrate, weighing about 4 tons and 350 kg”, the statement read.

The engineering team units are still dealing with the findings.

On Monday, the World Bank on Monday put the value of physical damage caused by the explosions at $3.8billion to $4.6billion.