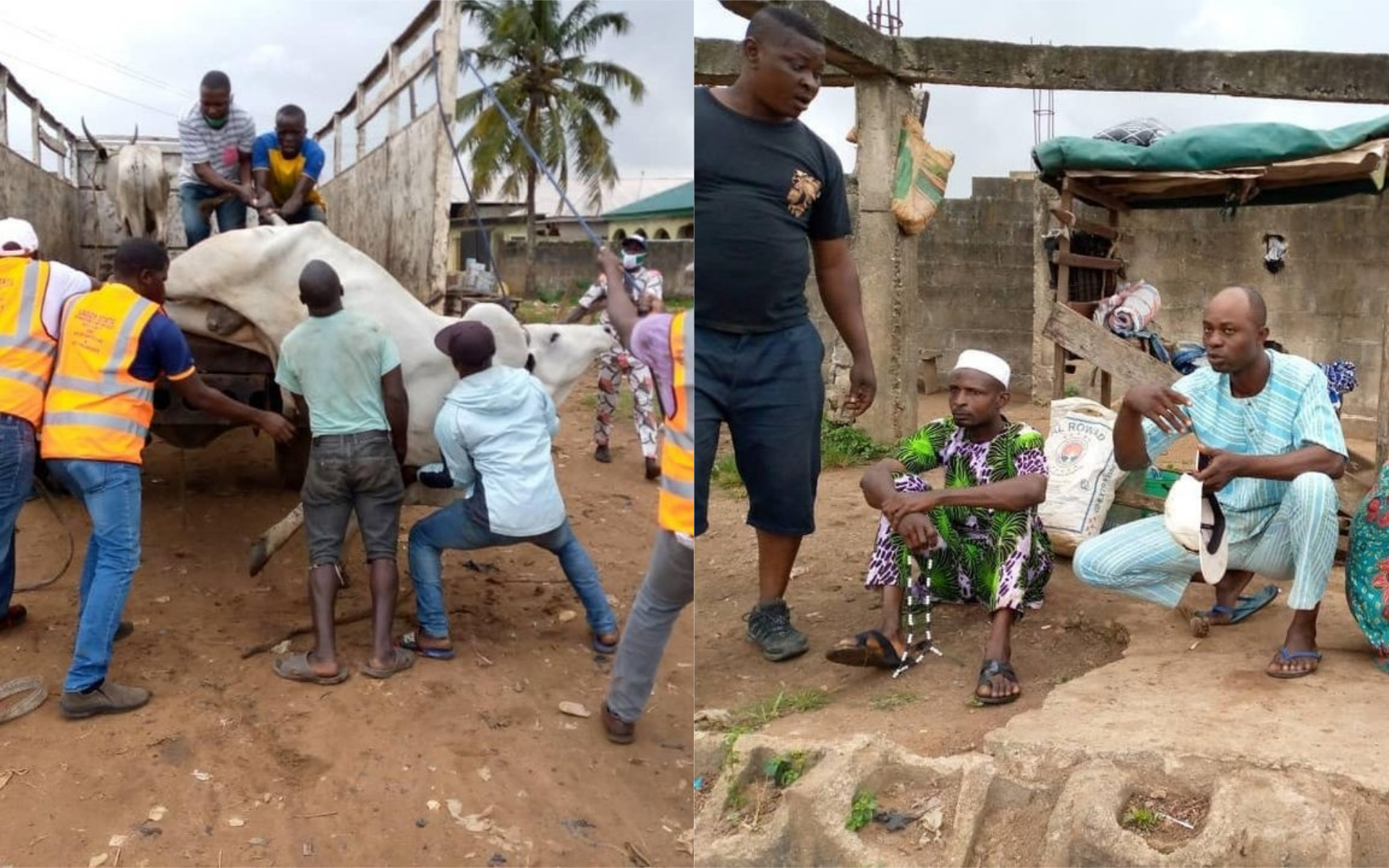 Men of the re-inaugurated Monitoring, Enforcement, and Compliance Team has clampdown on illegal abbatoirs in Lagos state.

They dislodged an illegal slaughter slab at Oke Rube, Ikotun, Alimosho Local government in furtherance of the sanitization of the red meat value chain.

Speaking on the exercise, the state acting Commissioner for Agriculture, Abisola Olusanya,

“The dismantling of the abattoir is necessary because the state is concerned about the production of wholesome and healthy meat for the citizens as well as ensure that the streets are free of stray animals, which has lately become more rampant in the state.

We will also strictly enforce meat transportation, using only the designated vehicles and stray animals control”

She added that the arrested butchers would be prosecuted at the Lagos State taskforce mobile court.