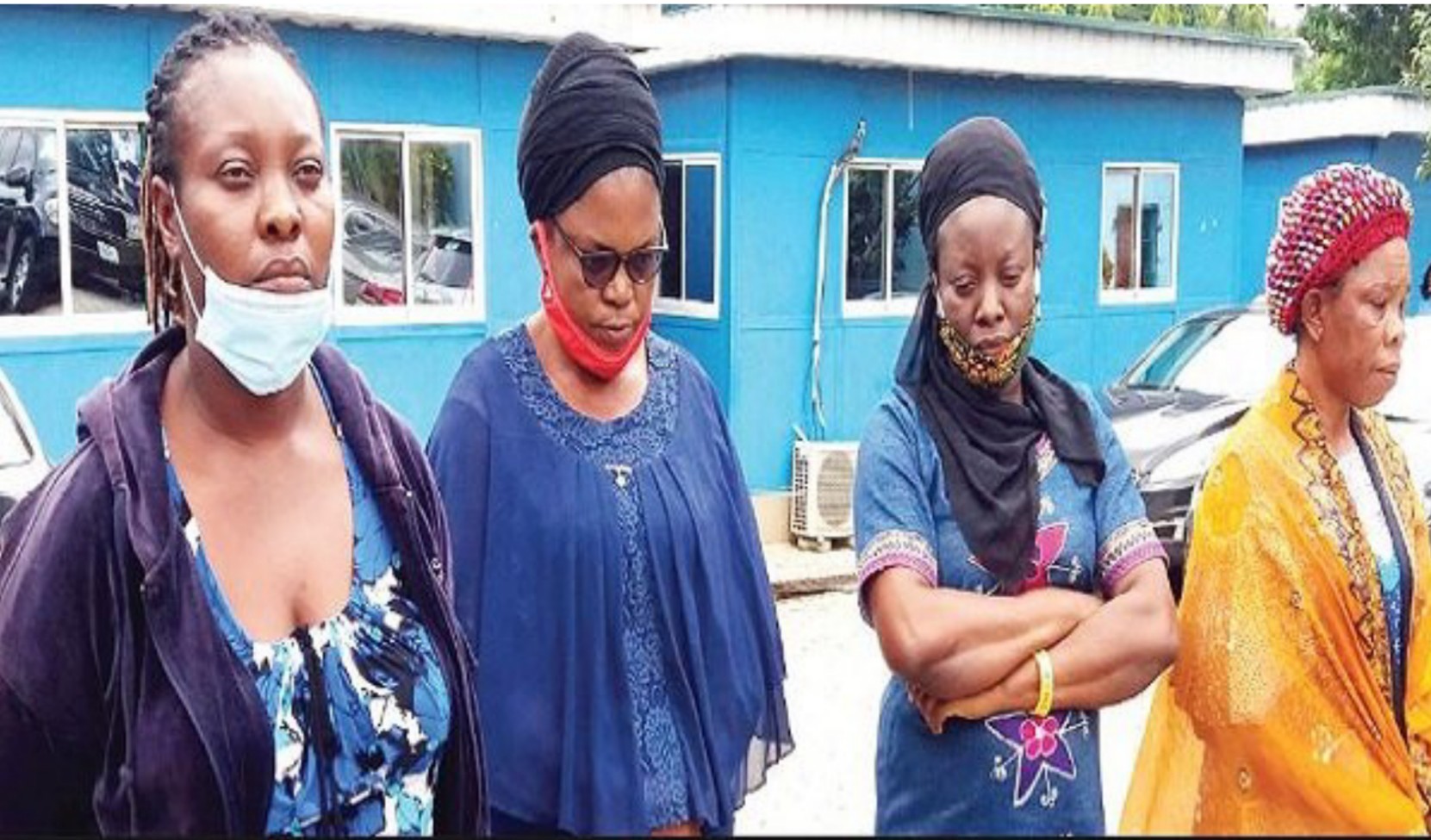 The National Agency for the Prohibition of Trafficking in Persons (NAPTIP) has paraded two civil servants and two businesswomen for involving in the transaction of selling a baby.

Parading the suspects on Thursday in Abuja, NAPTIP Director-General, Mrs Julie Okah-Donli said that they were all arrested by operatives of the agency following surveillance activities recently carried out.

“In the early hours of Aug 23, operatives of the agency raided number 1,314 Bridge St., Sabon Gari, Mararaba, Nasarawa State, the residence of Onyema and rescued a 16-year old girl from Imo, who just gave birth to a baby boy.

“The boy was sold at N1.5 million to Chinonso. Further investigations took the operatives to Owerri, Imo capital where the arrest of Ekeoma (Sister to Onyema) who brought the pregnant girl to her sister was carried out.

“Also arrested in Owerri is the mother of the young mother, Nmezi, the women arrested in Owerri masterminded the movement of the girl from Owerri to Mararaba and made the transaction with the buyer and also received money from her.

“All the suspects have confessed to the crime and will soon be charged to court for prosecution as the crime they have committed violates various sections of the trafficking in person prohibition, enforcement and administrative act 2015,’’ she said.

Okah-Donli said that the nefarious activities and unhealthy development contradict the provision of the Violence Against Persons Prohibition Act 2015, as it is seen as illegality punishable under the law.

According to her, this illegal activities has continued to fuel incidences of baby factories across the country, where many see it as a means of making money even at the risk of their lives and organised rape.

She, however, called on women desperately in need of the fruit of the womb to go about it in a legal way that is recognisable by the law to avoid stories that touch the heart.

According to her, women in this situation can visit the necessary agencies of government charged with the statutory power to process the request for adoption of a baby.

She said that NAPTIP would not tolerate any illegal act that portrays children as wares or commodities to be sold to the highest bidder.

The D-G said that the agency had intensified surveillance in some of the notorious spots across the country most, especially within some orphanages whose activities were shrouded under suspicion.

When newsmen spoke with each of the suspects, they all said their sides of the story and admitted committing the crime.