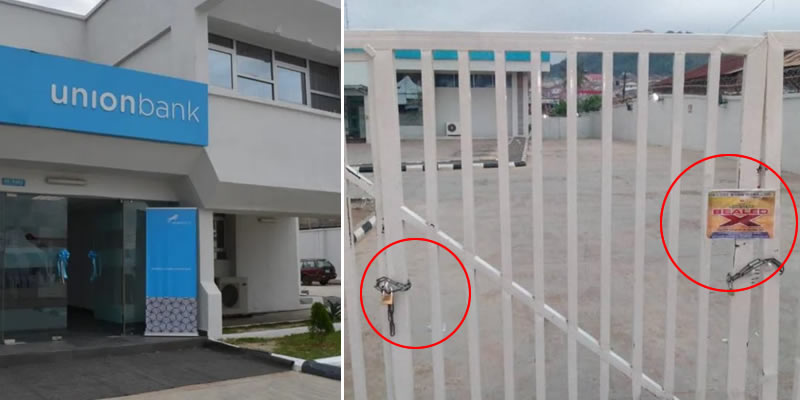 Ekiti State High Court sitting in Ado-Ekiti, the State capital has ordered the sealing of of Union Bank PLC at Ijigbo in Ado-Ekiti over failure to pay a sum of N1.1million (One Million, One Hundred Thousand) as taxes on its business premises.

The Ijigbo branch of the bank was immediately sealed by Ekiti State Internal Revenue Service (EKIRS) following the court order.

The EKIRS, in a statement signed by its Executive Chairman, Eleazar Olumuyiwa Ogunmilade, on Thursday, in Ado-Ekiti, clarified that the Government went through due process and commendable restrains before sealing off the premises.

The EKIRS, however, stated that while the State Government is committed to the development of the private sector, tax evasion will not be tolerated, it emphasised. READ  Nigerian man arrested for defrauding American Red Cross by claiming he was a Hurricane Harvey victim
Share this Post[?]