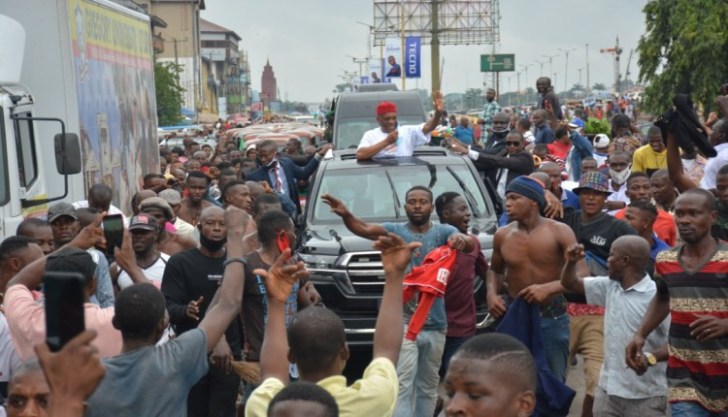 Orji Kalu, senate chief whip, says if Nigerians make him president in 2023, he will build a 20th century economy.

Kalu said this on a programme at a radio station in Umuahia, Abia state capital, while speaking on his presidential ambition in 2023.

The former governor of the state said he is capable of doing the job.

“Yes, if you give me the presidency, why not, I will take. I am capable of doing the job,” he said.

“The problem is who is capable of doing the job. For now, I am focusing on my constituency; there is a lot of job to be done.

“If you give me opportunity, I will like to go back to the Senate for a second term, but if the people of Nigeria want me to be president, they will show the hand. I can do the job. I can build a 20th century economy for our people.”

On Tuesday, Kalu said he would be glad to serve as president if given the opportunity by the electorate.

In December 2019, a federal high court in Lagos convicted the chief whip of money laundering to the tune of N7.1 billion.

Kalu was released from the Kuje Correctional Centre in June after spending five months in prison.

The Lawmaker had earlier said that the ruling All Progressives Congress has not zoned the position of president in 2023 and that any Nigerian can run for the office.

He said that “any person in the party can contest for the position of the President”.