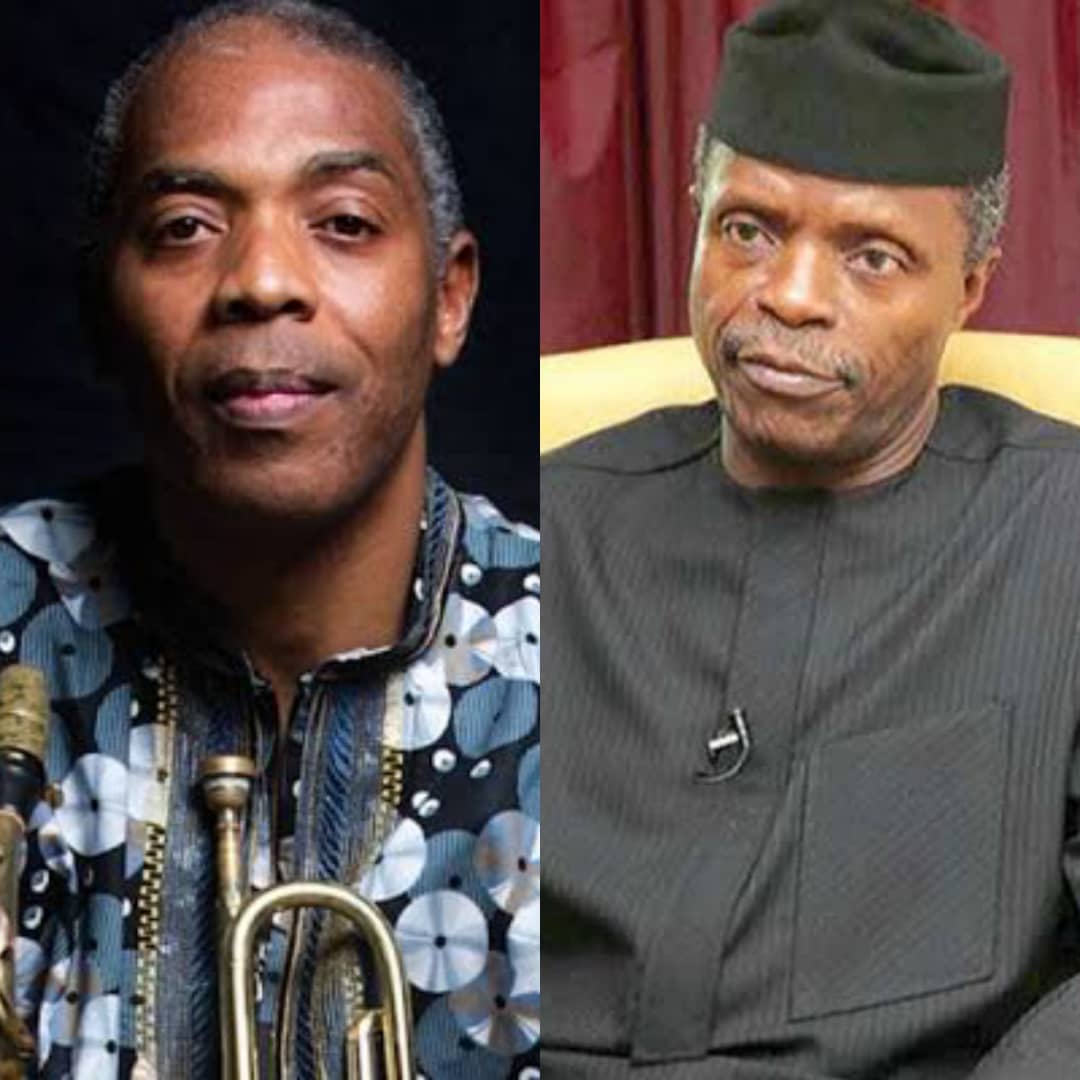 Femi Kuti, as he is popularly called, however, said he declined Osinbajo’s request.

Femi Kuti, Nigeria’s Afro-beat legend, has disclosed that Vice President, Yemi Osinbajo, once invited him to join the All Progressives Congress, APC.

Femi Kuti, as he is popularly called, however, said he declined Osinbajo’s request.

In a series of tweets, Femi Kuti said he declined Osinbajo’s request because President Muhammadu Buhari had jailed his father, Fela Kuti when he was a military Head of State.

The legendary singer disclosed this while explaining that he refused to take part in the Occupy Nigeria protest in 2012 against the then administration of ex-President Goodluck Jonathan because he does not believe that both PDP and APC have good intention for Nigeria.

“I want to state for clarity and posterity my role in the Ojota protest. I was invited for what I and many believed was a genuine cause regarding the cost of fuel.

“As soon as I found out it was politically motivated I pulled out. I got a lot of backlash at the time but stood my ground. For the record, I have NEVER and will NEVER affiliate with any political party that I don’t feel has the genuine interest of the people of Nigeria at heart.
NEWS: Inner Galaxy: Abia govt investigative committee concludes public hearing

“Even when the VP approached me to join APC, I blatantly refused as I also refused to join PDP or any other political party.

“Yes, VP Prof. Osinbanjo. And I refused as I have refused every invitation thus far to join any political party.

“First, my main reason was president Buhari jailing my father in the 80s. Second, I didn’t believe any of the two major political parties had/have the genuine interest of the Nigerian people at heart.”