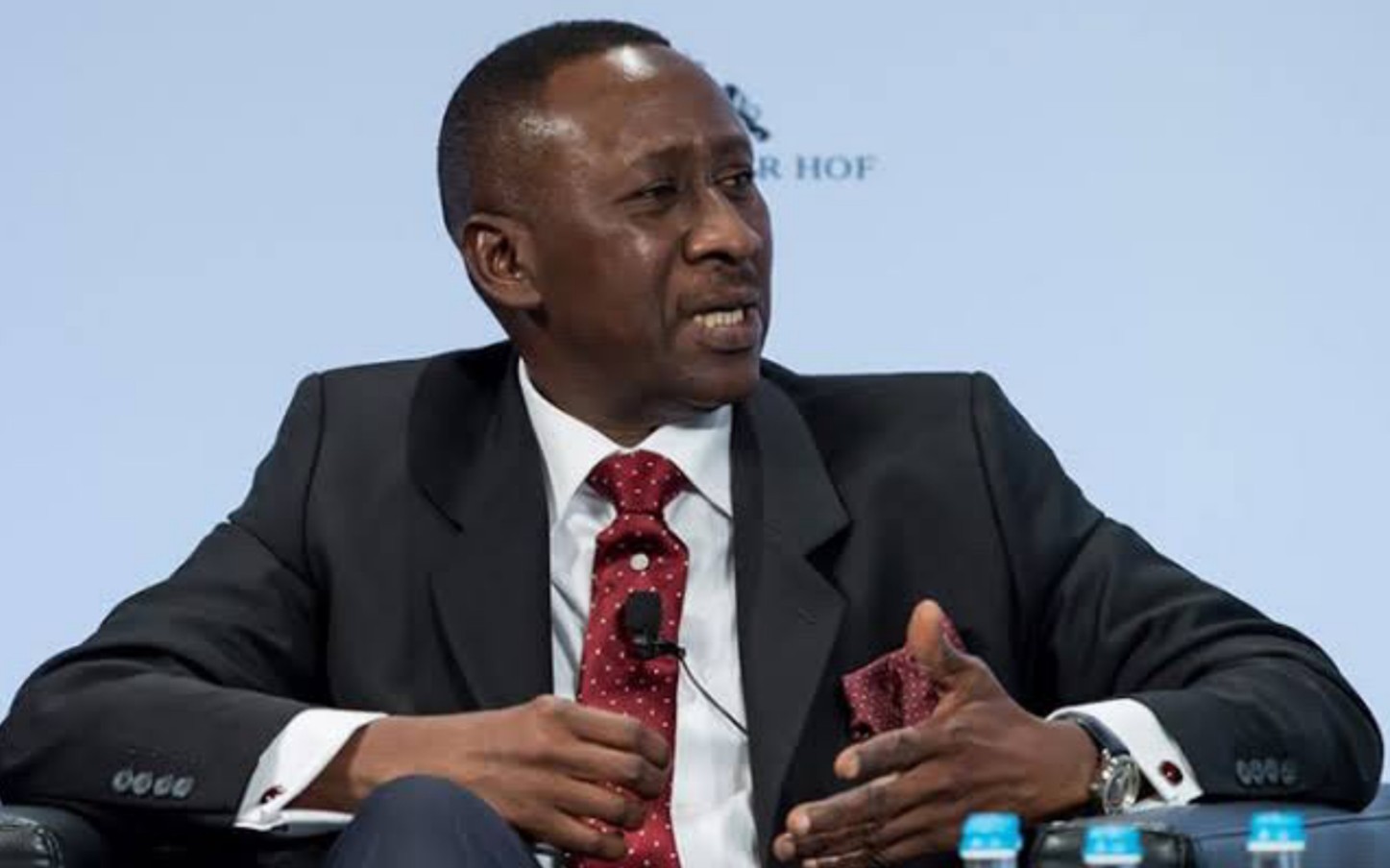 The presidential panel, which investigated alleged corruption in the amnesty programme for Niger Delta militants has released a report indicting three former coordinators of the federal government initiative for allegedly looting and misappropriating a whopping N712 billion allocated to rehabilitate and reintegrate members of the armed group into the society.

A copy of the report revealed and accused three former coordinators of the presidential amnesty programme, PAP, namely; Kingsley Kuku, (January 2011 – May 2015); Gen. Paul Boroh (retd) (28 July 2015 – 13 March 2018); and Prof. Charles Dokubo (28 July 2015 – 13 March 2018) of massive looting and contract frauds, plunging the programme into a debt of over N73 billion. “Successive Coordinators have mismanaged funds of PAP and consequently deprived the beneficiaries of the programme the needed skill acquisition and training required for sustainable livelihood”, the report stated. In fact, in one instance, the report noted that Nine Million Dollars ($9million) cash was recovered from the residence of one of the former coordinators of PAP, Gen. Boroh.

According to the probe panel headed by the National Security Adviser, Gen. Babagana Monguno, despite the huge funds yearly allocated to PAP, “there are still a total number of 29,755 ex-militants who still rely on monthly stipends of N65,000.00 as means of livelihood. This suggests a failure of the programme to realise its set objectives and contradicts the claims by past Coordinators of the PAP that as at 2018 a total number of twenty-one thousand one hundred and seventy nine (21,179) ex-militants has graduated from Nigerian and foreign universities out of the thirty thousand (30,000) ex-militants captured in the original database during the disarmament phase.”

The panel said “Contracts under PAP were issued without recourse to public procurement regulations and PAP financial position thereby leaving the programme in debt. For example, in 2018 alone, the suspended Coordinator Professor Charles Dokubo awarded a total of 774 contracts amounting to N66, 687, 570, 000.00. This is more than the annual budget of N65 billion for the office. Additionally, most of the contracts awarded add no value to the programme, rather it serves as an avenue to siphon public funds.”

In 2018 alone, the report said Professor Dokubo awarded the contracts worth over N66 billion “to businessmen, political cronies and friends thereby placing the programme in its current indebtedness of N73 billion. Most of the contractors collected 15% mobilsation fee and vanished with no evidence of performance.”

According to the report, Prof Dokubo “employed the services of a private company Menzon Limited to outsource human resources for PAP at an inflated sum of N1billion per annum for about 250 staff employed by the company to work in the office. The Committee verification revealed that the staff actually working at the office are about 106. Hence, he receives kickbacks from the company for payment of 144 ghost workers.

“His carelessness and lack of foresight led to the looting of equipment and stores at Kaiama Vocation Center in February 2019. The looting took place in broad day light with goods worth N6 billion carted away. No investigation into the circumstances that led to the looting was conducted to a conclusion and the matter has been allowed to wither away. Thus, creating a cover for suspicious contracts that were never executed claiming goods were supplied to Kaiama Vocation Training Center. There are 58 of these types of contracts with a contract sum of N95 million each which could not be verified by the Committee.

“He also introduced names of individuals who are not part of the amnesty beneficiaries into the data base for sponsorship in foreign institution claiming he had discretionary powers. He awarded contract to a company CDN Limited for surveillance and information tracking in the Niger Delta for over N4 billion. These contractors were to employ 150 people to be paid N170,000.00 each to allegedly provide covert information to the Coordinator. It is instructive to note that this project falls outside the mandate of PAP. In addition, most of the would-be beneficiaries of this project are not even from the Niger Delta region.”

Apart from the $9million cash recovered from the residence of Gen. Boroh, the panel report also notes that “The sum of N645 million was frozen from the account of Mr. Erepade Fidelis Beggi, who was an aide to General Boroh. However, Brig Gen Boroh and Mr. Beggi claimed that the money was meant to pay members of the Niger Delta Avengers. Mr. Beggi was said to have returned N40million found in a separate bank account.”

“Brig Gen Boroh and his aides allegedly replaced the names of actual beneficiaries of the Presidential Amnesty Programme with over 4000 ghost names through which he collected N260 million monthly since 2015. The Director of Finance and Accounts (DFA) of the Amnesty Office, Mr. Aliyu Kareem, frequently paid millions of naira into the accounts of selected contractors from which the contractors collect between 10 and 20 percent commission before returning the remaining to accounts operated by Amnesty Programme’s DFA and Brig Gen Paul Boroh”, the panel further submitted in its report to President Buhari.

On the tenure of Kingsley Kuku, the panel noted that he was “appointed as the second Coordinator of PAP by President Goodluck Jonathan and the longest serving Coordinator of the programme spanning over 4 years. He laid the foundation for pervasive corruption in PAP and absconded from the country following investigations instituted by EFCC into his corrupt tenure at PAP. He was charged to court for conspiracy, stealing, diversion of public funds and abuse of office by EFCC in June, 2015. Mr Kuku was also charged of criminal conspiracy, false declaration of assets and fraudulent acquisition of property. Some of the ways he mismanaged funds allocated to the office are as follows.

“In 2012, Kingsley Kuku illegally expanded the amnesty programme to include children of political cronies and girlfriends as beneficiaries of the scholarship training programme meant for ex-militants. These individuals who are not part of the amnesty programme were fraudulently awarded scholarships to study in tertiary institutions abroad amounting to millions of dollars at the detriment of genuine beneficiaries of the programme.

“Under his tenure, the entire data base of the amnesty beneficiaries for payment of monthly stipends was altered and mismanaged. Hence about 3000 names of some legitimate beneficiaries of stipends were removed and replaced with fictitious names in connivance with banks. Hence, he illegally stole about One Hundred and Ninety-Five Million Naira (N195,000,000.00) monthly from monies meant for ex-militants for 4 years.

“Kingsley Kuku awarded contracts to Foundation for Ethnic Harmony in Nigeria (FEHN) an NGO belonging to Allen Onyema, CEO of Air Peace Airlines. FEHN was awarded contract to train a total of Three Hundred (300) delegates as pilots and aircraft maintenance technicians. These trainings were to be conducted in reputable flight training schools around the globe. Consequently, a total of One Billion, One Hundred and Seventeen Million, Five Hundred and Forty-Seven Thousand Two Hundred and Eighty Naira (N1,117,547,280.00) was paid to the contractor in December 2011 without observation of due process. However, as at 20 May 2020, only 112 delegates out of 300 delegates have been trained. Kuku has not accounted for the funds meant to train the rest of Eighty-Eight (88) pilots.

“Kingsley Kuku also awarded contract to an NGO, Foundation for Youth Development to provide Maritime, Electrical, Mechanical, Welding and ICI training for a total of 660 delegates of the Presidential Amnesty Programme in 2011. Subsequently, a total of Three Billion, Eight Hundred and Twelve Million, Six Hundred and Ninety Thousand Two Hundred Naira (N3,812,690,200.00) was paid to the contractor in December 2011 without observation of public procurement regulations. As at 20 May 2020, only Seventy Two (72) delegates out of 660 have been trained despite the amount and duration of payment.

“In February 2016, Mr Kingsley Kuku was alleged to have been involved in award of contract fraud of about N6.2 billion which led to investigations by the EFCC.

“Kingsley Kuku connived with Vice Chancellors of Igbinedion University, Novena University and University of Leads to increase tuition fees for amnesty beneficiaries in order to receive kickbacks. About 1456 beneficiaries in these universities pay almost double the normal tuition fees paid by ordinary students. These abnormalities have been extended to other local universities in order to receive kickbacks.”