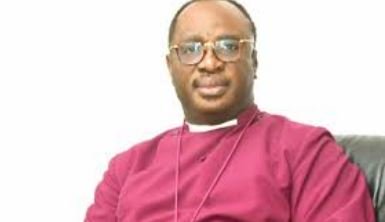 The Diocesan & Missioner, Arch Diocese of Lagos Anglican Communion, The Rt. Rev. Dr. Humphrey B. Olumakaiye, has charged the President of Nigeria, President Mohammadu Buhari and all other leaders to brace up in prayers, serve in sincerity and integrity, give us a better leadership, the one that can be trusted to grow our dear nation, and then, look into the said law and do the needful.

He said this ahead of the church Second Session of the Thirty-fourth Synod of The Diocese of Lagos, Anglican Communion, scheduled to hold at Our Saviour’s Church, TBS, Lagos, from Sunday, 6th September to 8th September, 2020.

On the CAMA act, the Bishop said that The church is not shying away from checks and balances, prudence and accountability but the government is expected to build the trust and confidence of the citizens by acting decisively on this issue and also the need to look at the complaints and make amends where necessary.

He said “We are all aware of the raging controversy over the amended Companies and Allied Matters Act (CAMA 2020) which was recently signed and assented to by President Muhammadu Buhari. It should be made clear that the church isn’t saying that the government shouldn’t make law for the citizens; indeed the government exists to make laws for the good of the people who elected them to serve but such law must be with all sincerity and without prejudice.

He noted that those who have raised their voices in protest to the implementation of this law, have right to do so and this, when investigated is as a result of lack of confidence in the leaders of our nation from the past to the present for obvious reasons.

He stressed that the truth is that churches and NGOs have registered under the law and so ought to abide by its regulations; however, before the law was amended, the relevant stakeholders should have been properly briefed and their input requested.

“Regardless of good intentions, the seed of suspicion has been sown by the controversial aspect of the law of Section 839, sub-section 1 & 2, whereas we are in a country where the government is not faithful in keeping with the promises they made in their manifesto for election into offices”.

“Our leaders have not shown to us that they can be trusted; the rate of embezzlement and fund misappropriation is greatly alarming. Tribalism and religious preferences have dealt severely witah the nation’s growth and economic development”.

He said “our leaders have not been putting a round peg in a round hole, so how can they convince the church that there will be transparency with the CAMA law. That popular maxim says, “He who comes into equity must come with clean hands.”

Olumakiaye added that the church is not shying away from checks and balances, prudence and accountability but the government is expected to build the trust and confidence of the citizens by acting decisively on this issue and also the need to look at the complaints and make amends where necessary.