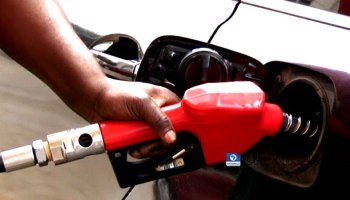 There were strong indications last night that the Federal Government may not reverse the new fuel pump price regime because it is determined to end the culture of fuel subsidy which officials said has gulped about N10.78 trillion in 14years.

Government is also not contemplating a review of the new electricity tariffs because the sector is already deregulated.

The Nigerian Electricity Regulatory Commission (NERC) has however collected electricity Performance Improvement Plan from each of the 11 distribution companies in the country as a precondition for the new tariffs.

Organised labour and civil liberty groups are said to be continuing with their plan to launch a protest later this week over the fuel price increase and hike in electricity tariffs.

Sources said on Saturday that government planned to deploy savings from fuel and electricity subsidies for infrastructure development as part of efforts to make life comfortable for Nigerians. A minister who spoke in confidence with our correspondent said government was determined to end the fuel subsidy regime because only a few Nigerians have been benefitting from it.

“There is too much corruption in the subsidy regime, including frivolous claims by some marketers,” the minister said.

He added: “With an average yearly spending of about N1 trillion, the Federal Government cannot continue with the fuel subsidy regime because it does not benefit most Nigerians.

“There is too much corruption associated with the Petroleum Subsidy Fund (PSF). Some marketers used to get paid for frivolous claims.

“Subsidy has been reduced to a matter of figures by these marketers without corresponding importation of petroleum products.

“It may look tough, but with declining income, it is necessary to take a tough decision to improve infrastructure and the welfare of Nigerians than to continue to bow to the whims and caprices of the few in the petroleum sector.

“Whatever is saved from subsidy will be deployed in the development of the country. We want to break the fuel subsidy jinx at once.

“The way it is now, our pump price is still the cheapest in Africa. We have also discovered that we are only subsidising other countries because of unending smuggling of petroleum products.

“In a small town near Badagry, there are 65 filling stations. You don’t need anyone to tell you that these stations are being used for smuggling of petroleum products.”

According to the Policy Brief of BudgIT in 2019, the Federal Government has spent about N10.78 trillion in 14 years.

In April, the Group Managing Director of the Nigerian National Petroleum Corporation (NNPC), Malam Mele Kyari, said Nigeria would no longer be paying for under-recovery or subsidy on petrol, especially due to the current development in the global oil sector.

He said: “There is no subsidy and it is zero forever. Going forward, there will be no resort to either subsidy or under-recovery of any nature.

“NNPC will play in the market place. It will just be another marketer in the space. But we will be there for the country to sustain the security of supply at market price.”

“And the tariffs are graduated in a manner to protect all consumers. We actually do not have blanket tariffs.”

The Nation also gathered that the Nigerian Electricity Regulatory Commission (NERC) on Thursday issued an order to the distribution companies to go ahead with the implementation of the new electricity tariffs.

The NERC has also obtained Performance Improvement Plan from each of the 11 distribution companies in the country as a precondition for increase in tariffs.

A top source said: “While we are allowing new electricity tariffs, the DISCOs also owe consumers an obligation of good service. The NERC has collected Performance Improvement Plan from the DISCOs. We will monitor them based on their performance improvement template.

“It is not yet over too for consumers because they can file complaints within 60 days on the new tariffs by their DISCOs.”

The Federal Government on Wednesday increased the pump price of petrol to N151.56 per litre, up from N148, the third increase in three months.

The TUC vowed that there is no going back on the planned protest.