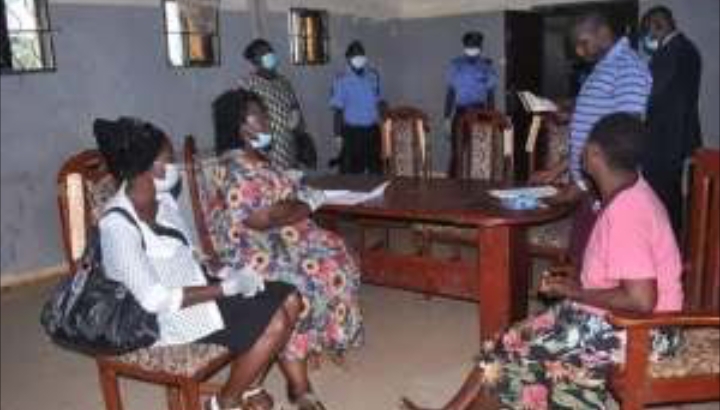 Mild drama in Ile-Ife as Mrs Elizabeth Oroyemi, a proprietor of an orphanage home reportedly slumped after officials of Osun State Government sealed the social facility over suspected illegal activities including being used as baby factory.

The proprietor, Mrs Elizabeth begged the officials not to seal the property, located at Opa Area of the ancient town, being her only legacy of over 18 years.

Reacting to the closure of the orphanage home, the Commissioner for Women, Children and Social Affairs, Mrs Bukola Olaboopo said the factory’s operation constituted a danger to the well-being of the orphans residing therein.

She disclosed that apart from not taking adequate care of the children at the orphanage, the environment where it operates is completely untidy while those working there lack the adequate knowledge to so do.

“We suspected that the facility is used for activities such as baby factory which is completely unacceptable to Osun State Government. And the operator had earlier been given the opportunity to address the shortcomings observed by a committee set up about five years ago, though she moved to a new facility, the activities in the facility is still the same.

“The social workers working in the facility are unprofessional, the environment where it is operating is totally untidy, while most children in her care were malnourished and exceeded the number approved by the Child Right Law 2013 of the State among others,” she said.

She disclosed that 42 persons were evacuated from the facility, comprising of 24 toddlers, three adults, and those with physical disabilities.

READ  I Didn’t Penetrate, But Ejaculated On Her Body –Man Arrested For Rape

She added that the move became imperative to give the children the best education, nutritious meals required for Healthy growth and proper shelter by the State Government.

“All the evacuees were given food and other confectionaries before they were relocated in batches to various standard orphanage centres across the State for best care”, she said.

Olaboopo while urging orphanage operators in the state to ensure they fulfil the statutory obligations and operate within the ambit of the law, she disclosed closing the facility would deter others from operating against the existing laws.