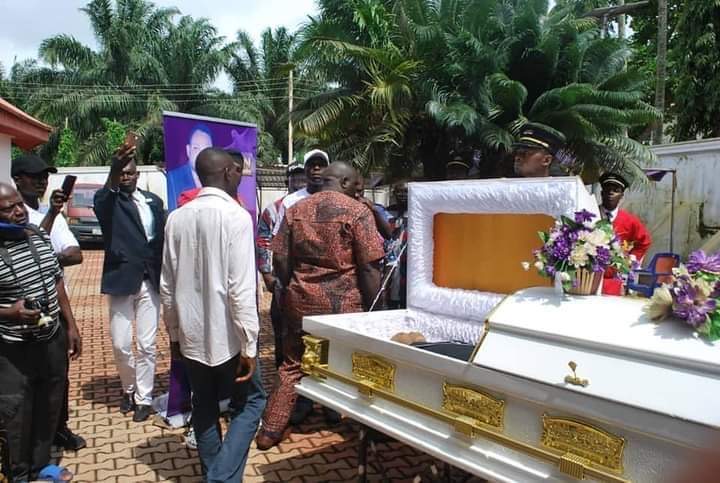 Recall that late senator Okoro died on May 17, 2020 at a hospital in Abuja after brief illness throwing his Senatorial zone and friends into deep mourning.

Senator Chukwuka Utazi representing Enugu North senatorial district in a tribute described Okoro as grassroots politician who helped the district in various ways.
“During his time Okoro used his position to put many people from the district to positions of authority in the country.

“The death of Okoro has robbed the district of grassroots and honest politician.

“It’s unfortunate that few people who did not benefit from him try to label him as a bad politician,” he said.

Utazi said Okoro would be remembered as man of integrity whose yes remained yes no matter whose Ox is gored.

“Okoro was not the type that will say yes in your absence and in your presence he will say no.

“Many hates him because he was a man of integrity and honour, he doesn’t believe talking against you in your absence, he will tell you everything before you face, he said.

Utazi expressed appreciation to dignitaries within the state and outside for finding time to attend the burial which also shown that Okoro related well with Nigerians when he was alive.

Also in a tribute, Dr Pat Asadu representing Nsukka/Igboeze-South in House of representatives said the late Sen Okoro was good grassroots politician ,noting that it was Okoro that encouraged him to join politics.

“In 1999 he came to my clinic and encourage me to join politics, and that is how I joined politics and today am a ranking national legislator.

“Possibly, without that encouragement and advice from Okoro I may still be in my clinic as a medical doctor.

Speaking on behalf of the family Mr Fidelis Okoro (Junior) the son of Sen Okoro expressed gratitude to Nsukka LGA,, Enugu State and the entire country for identifying with the family during this moment of pain and grief.

He said he was overwhelmed on number of dignitaries from Enugu State and outside the state that attended the burial and urged Almighty God to grant everybody journey mercy to their destinations.