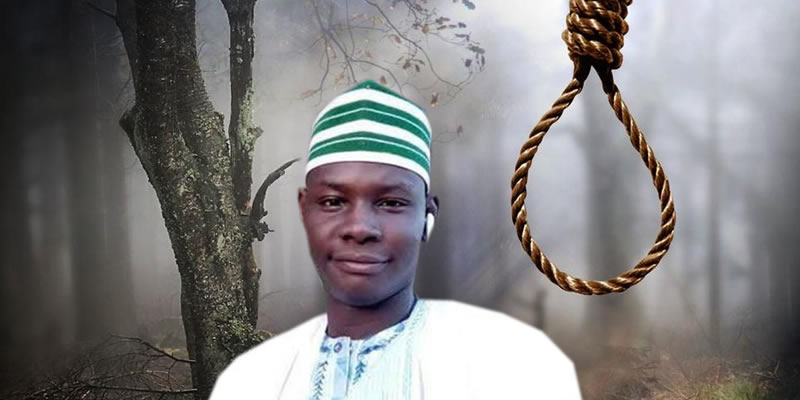 The chairman of Sokoto state Ulama forum of Izala, Abubakar Usman Mabera has declared that any Muslim lawyer who defends Yahaya Sharif-Aminu, a musician sentenced to death in Kano state has renounced Islam.

Singer, Yahaya Sharif-Aminu has been sentenced to death for blasphemy against Prophet Muhammad in Kano.

The outrcy, reactions and condemnations from many Nigerians on this development were also reported.

Supreme Council for Shari’ah in Nigeria has called on the Kano state government to take action and execute 22-year-old singer, Yahaya Sharif-Aminu, who was found guilty of blasphemy few weeks ago despite the public outcry.

Recall that Ganduje promised to sign the execution order of death sentence on blasphemy offenders against Prophet Muhammad (PBUH) as soon as the Supreme court grants the permission during a stakeholder meeting with religious clerics, scholars, lawyers and other relevant stakeholders to sample their opinion on the court judgement on Thursday August 27

The convict has however appealed against the court’s decision.

Speaking on the development, Mabera at the weekend said blasphemy is a capital offence in Islam of which punishment is death, and that since a competent court has found the singer guilty, he cannot be pardoned.

He asked Muslim lawyers to be careful in defending the convict, adding that “any lawyer who comes out to defend him has renounced his Islamic faith”.

The cleric also asked the Muslim faithful to seek God’s forgiveness because the prevailing setbacks in the country are signs of wrongdoing.

”For all indications, God is not happy with us and we have to repent because he alone is the answer to our woes,” he said.

READ  'We must do everything to avoid a third wave and lockdown,' says Macron

A fact-finding committee set up by the National President of the Nigerian Bar Association (NBA), Mr Olumide Akpata to visit Yahaya Sharif Aminu in Kano Correctional Centre was denied access to the convicted singer.