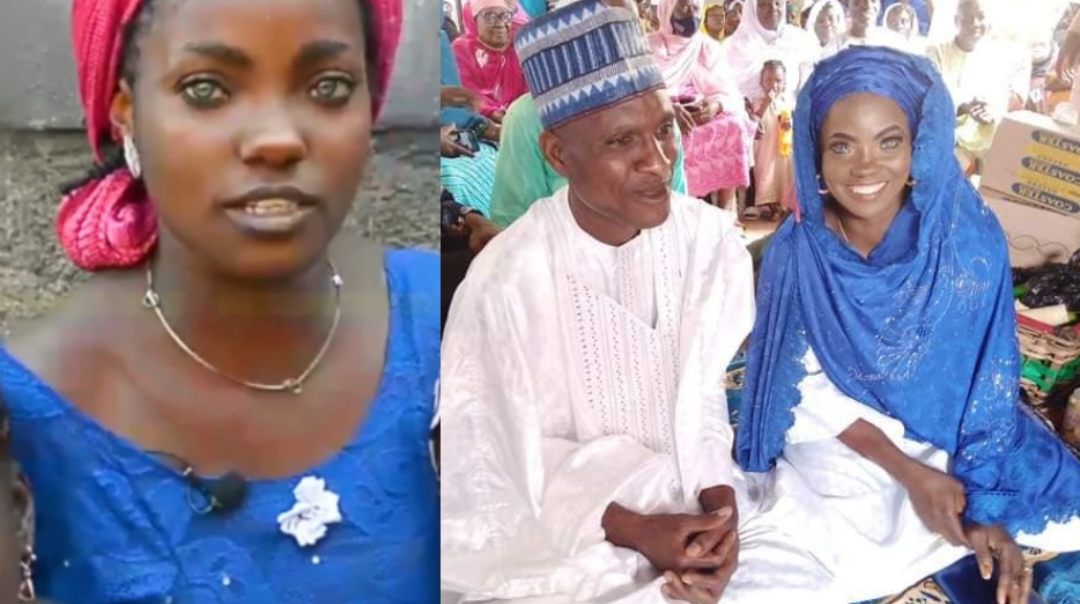 According to reports from family members, the beautiful couple had a Nikkai ceremony which was well attended by their family and friends at one Alfa Ajijola-Anabi Compound, Aiyegbami, in Ilorin, Ilorin, Kwara state.

Recall the woman went viral with her kids after her story was shared via Twitter.

Risikat via an interview had said her husband abandoned her and their children all because of their ‘blue eyes’.

In another interview, Wasiu denied abandoning them because of the color of their eyes.

Now, the couple have reconciled, had a family photoshoot, and on Saturday September 5, renewed their vows.

See the photos below;