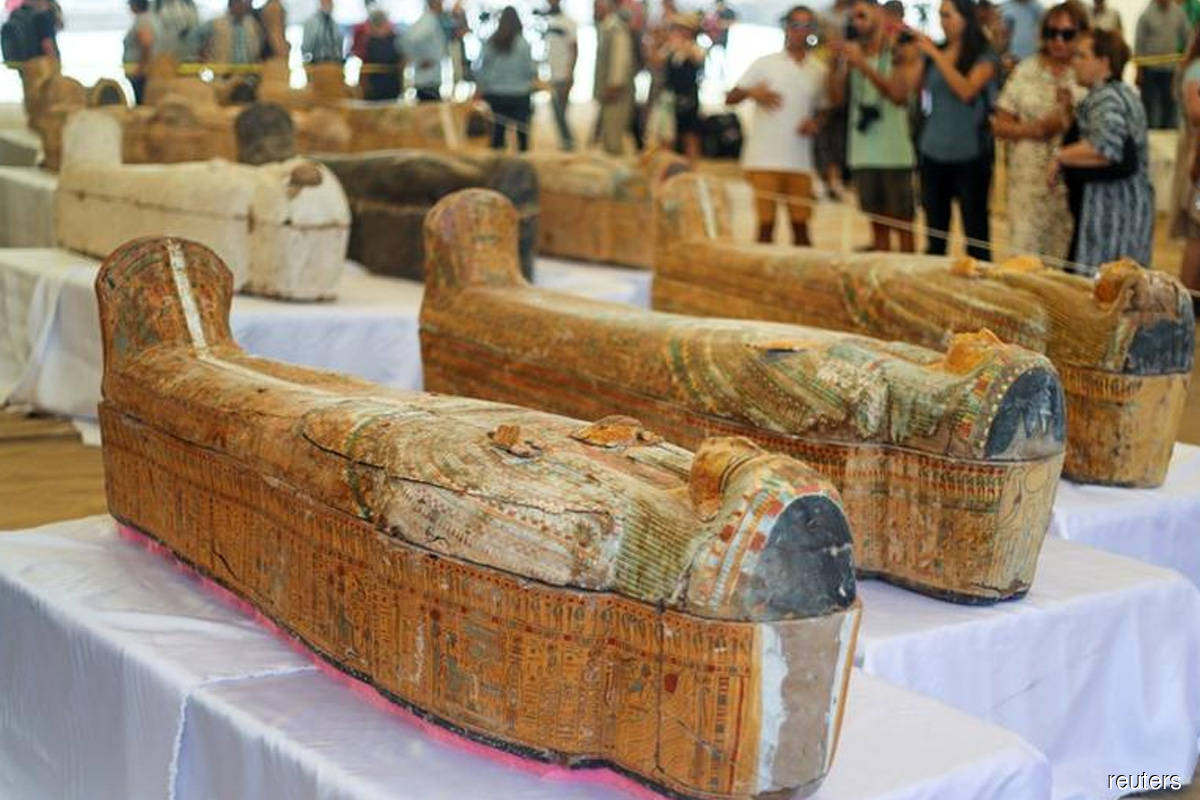 Egypt has announced the discovery of a collection of more than 13 intact sealed coffins, dating back to 2,500 years.

The coffins were found at an archaeological site in Saqqara necropolis in Giza, said the Egyptian Ministry of Tourism and Antiquities in a statement.

The coffins, along with three sealed niches, were unearthed inside an 11-meter-deep shaft, according to the statement.

Egyptian Tourism and Antiquities Minister, Khaled al-Anany and Mostafa Waziri, Secretary-General of the Supreme Council of Antiquities (SCA), visited the site on Sunday and inspected the excavation work in the shaft.

“The discovery marks the largest number of coffins found in one burial place since the discovery of the Asasif Cachette,’’ the minister said, referring to the discovery of 30 ancient coffins in October 2019 at Asasif cemetery in Upper Egypt’s Luxor Province.

“The discovery in Saqqara includes a wonderful collection of coloured wooden coffins whose colours and inscriptions are still in a good condition despite the passage of 2,500 years,’’ Mr Waziri, who leads the Egyptian archaeological mission in Saqqara, told Xinhua.

Mr Waziri said the exact number of the unearthed coffins as well as the identity and titles of their owners have not yet been determined.

But, he added, they will be found out in the coming few days as the excavation work still continues.

“The mission continues excavation work on the site and it is expected to result in many other new discoveries of shafts, coloured wooden coffins and statues,’’ the SCA chief added.

Initial studies revealed that the coffins are completely sealed and have not been opened since they were buried inside the shaft, according to the ministry.