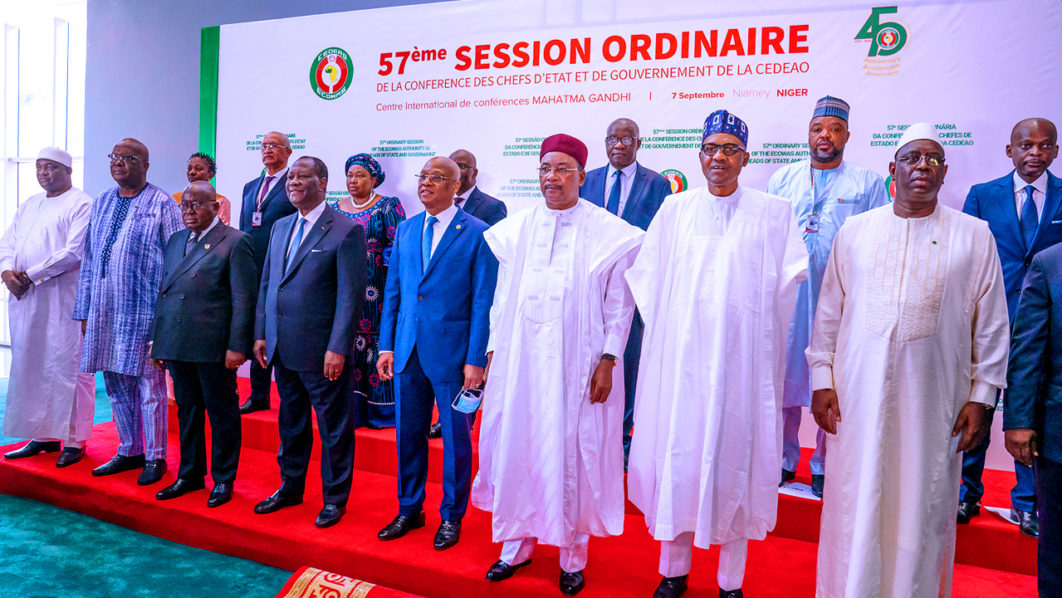 President Muhammadu Buhari has cautioned sub-regional leaders against elongating their tenure in office beyond constitutional limits.

Presenting Nigeria’s General Statement at the 57th Ordinary Session of the Economic Community of West African States (ECOWAS) Heads of State and Government in Niamey, Niger Republic, yesterday, he equally urged his colleagues to ensure free and fair elections.

He said: “It is important that as leaders of our individual member-states of ECOWAS, we need to adhere to the constitutional provisions of our countries, particularly on term limits. This is one area that generates crisis and political tension in our sub-region.”

On the political situation in Mali, Buhari stated that it was a serious concern to the body. He commended out-going chair of the ECOWAS Authority of Heads of State and Government and host President Mahamadou Issoufou as well as the leadership of the ECOWAS Commission and the chief mediator/former Nigerian President Goodluck Jonathan “for effectively demonstrating commitment in handling the political situation in that country.”

Dwelling on the long-standing single currency issue for the sub-region, the President said: “Nigeria remains committed to the implementation of the action plan towards the actualisation of the monetary union and single currency programme of ECOWAS.”

He reminded stakeholders to “bear in mind that those economic convergence criteria must be based on sound and sustainable macroeconomic fundamentals.”

The Nigerian leader, who is also ECOWAS Champion, charged his colleagues to collaborate on mitigating the impact of the COVID-19 pandemic on the global economy.

In the meantime, President Nana Akufo-Addo of Ghana has been elected as the new chairman of the organisation.

He succeeds in his Nigerien counterpart, Mahamadou Issoufou.

President of the commission, Dr. Jean-Claude Kassi Brou, commended the leaders for finding a lasting solution to the Mali debacle.

The session, which held in Kano and drew participants from near and wide, was to articulate developmental ideas that would promote Nigeria’s interest among member-states.

Head of ECOWAS National Unit, Ministry of Foreign Affairs, Joseph Oyi, reiterated that the most populous black nation remains a dependable ally with a robust agenda for the union’s roadmap.

He declared that Nigeria was reflecting the national interest and regional aspiration in conformity with the post-2020 vision of ECOWAS.