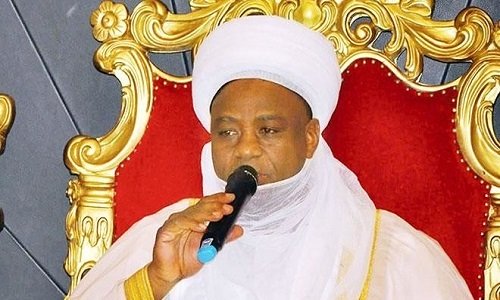 Traditional rulers have called for the immediate end to killings, banditry and insurgency in the North.

The traditional rulers decried the “senseless killings in Southern Kaduna” and called on all those behind the four-decade crises to immediately sheathe their swords.

While deliberating on the effects of COVID-19 on the people of the region, the monarchs vowed to come up with strategies that could help the Federal Government and states contain the security challenges in the North.

The meeting of the Northern Traditional Rulers Council which was presided over by the Chairman of the council and Sultan of Sokoto, Alhaji Muhammad Sa’ad Abubakar (III), had most of the senior traditional rulers in Kaduna State, Governor Nasir El-Rufai and council chairmen in attendance.

The Sultan said: “Everybody in Nigeria is worried about these crises. They have been lingering for many years. But I think it is time to put a stop to this madness. It is total madness for people to kill one another for no just reason. No sane government would condole this continuous murder of people.

“Recently, we have seen concerned citizens, stakeholders and groups visit to Sir Kasim Ibrahim House to discuss with the governor on this lingering issue. I want to believe the beginning of the end of this mayhem and madness has started.

“Most of the chairmen are here and we believe at the end of this session, we will come up with a position paper that will be sent to the Kaduna state government on the best ways of finding a lasting solution to peace and stability not only in Kaduna but in other parts of northern states.”

Speaking at the meeting, Governor El-Rufai said his government was doing everything possible to bring the crisis in Southern Kaduna to an end.

He pointed out that the “communal clashes have been going on since 1980″ in Kaduna’ a state he described as “a mini-Nigeria.”

The governor said: “We have done everything we can by establishing military bases, establishing mobile police, we even have air force and special forces present all over southern Kaduna to increase the number of security presence in the state.

“A military base, Mobile Police Depot, Air Force and strike force personnel have been deployed in the zone.

“Also, equipment like drones and GSM trackers are being used which had helped to neutralized thousands of the bandits in the State. We also set up a Peace Commission to mitigate between the aggrieved people, these have helped to a large extent.

“The danger of it is that, crimes committed by criminals for their own selfish motives are given ethno-religious interpretations.”