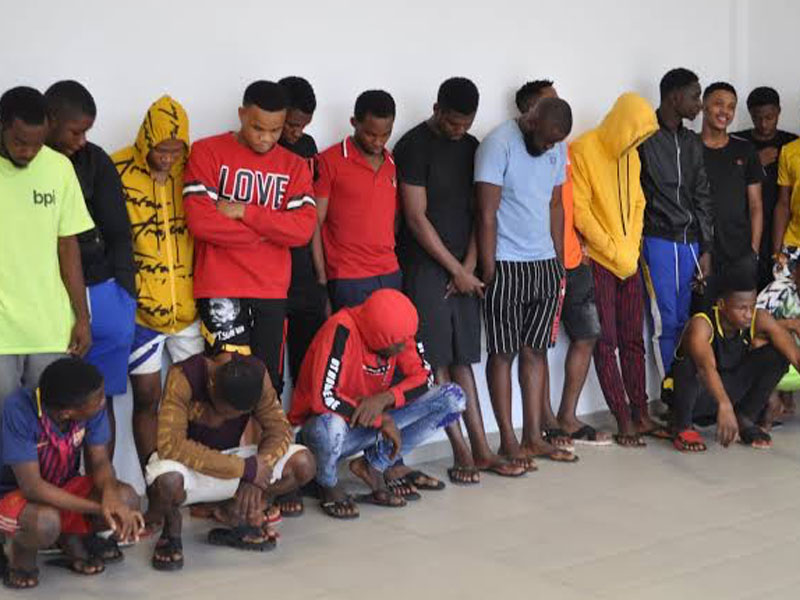 22 suspected internet fraudsters have been arrested by the operatives of the Uyo zonal office of the Economic and Financial Crimes Commission, (EFCC) at different locations in Imo state.

The all-male suspects, whose ages range between 20 and 41 were arrested recently at “Sight and Services” within “World Bank”, in Ugwuma Town and “Road Safety” by Toronto road, Egbu, Owerri, Imo state.

Others include a silver-coloured Lexus E5; a black Toyota Venza, a grey -coloured Mercedes ML350 SUV, and a silver-colored Toyota Highlander SUV.

Also recovered from them were 15 laptops and 20 sophisticated mobile phones.

The suspects will be charged to court as soon as investigations are concluded.