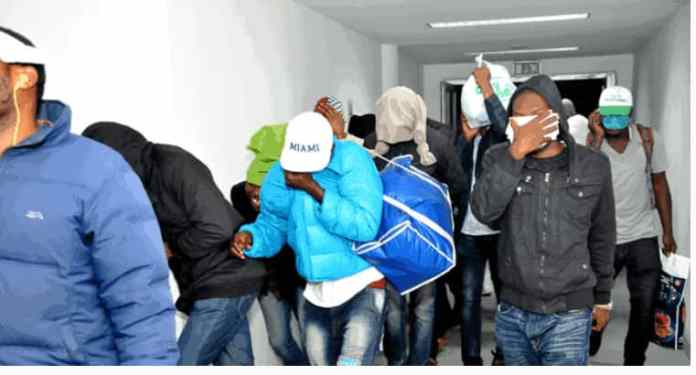 Nigerians and other foreigners in the United Arab Emirates(UAE) whose resident visas had expired have till November 17 to leave the Gulf country.

This followed the suspension of visa extension for foreign residents and expatriates by the UAE government on account of the COVID-19 pandemic.

Previously, residents with visas that expired before March 1 had until August 18 to leave the country without having to pay a fine, but now, they have until November 17.

The authorities said those who violated the directive would be deported and would also pay fines under the UAE immigration regulations.

Under its modified COVID-19 visa policies that took effect August 1, foreign residents currently in the country have until October 10 to renew expired visas.

In the case of UAE residents, they have 30 days’ grace period after visa expiry to either amend their status and get another resident visa or leave the country.

“Residents with expired visas who wish to leave the country should cancel their expired visas prior to departure. Their visa cancellation documents will show the grace period they have to exit the country,” the directive said.

But officials of the Ministry of Foreign Affairs who spoke on condition of anonymity noted that the Nigerians, including Pakistanis, Iranians, Bangladeshis and Indians, ignored the directive to leave the country.

A senior official said, “With the expiration/cancellation of their visas, the Nigerians and other foreigners affected by the policy have become illegal migrants. What this means is that the UAE authorities would arrest and deport them and the expenses would be borne by the deportees.”

The official said the affected Nigerian nationals would have to obtain COVID-19 medical result and emergency travel certificate before they can return home.

The affected individuals might face a two-year travel ban if deported from the Gulf country.

Findings by our correspondent indicated that the UAE authorities hitherto jailed illegal migrants for two months before expelling them.

When contacted, the spokesman, Nigerians in Diaspora Commission, Abdul-Rahman Balogun, said the commission was aware of the situation and would make its position known soon.