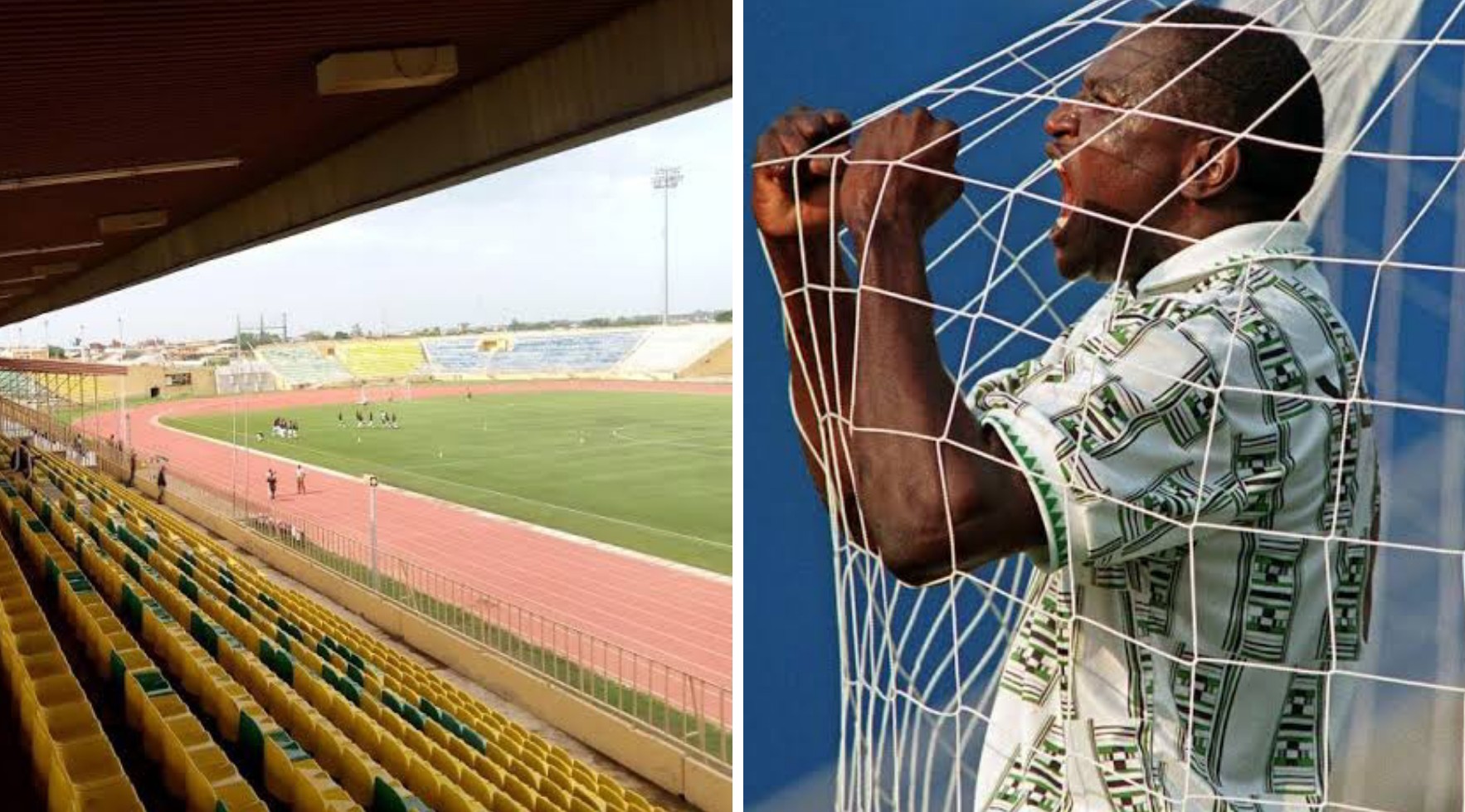 Gov. AbdulRahman AbdulRazaq of Kwara has pledged to immortalise late Super Eagles legend, Rashidi Yekini, by naming the Kwara State Sports Stadium in Ilorin after him.

The governor disclosed this on Thursday in Abuja when he paid a courtesy visit to the Minister of Youth and Sports Development, Mr Sunday Dare, in his office.

He said the process was underway to rename the stadium after the former Super Eagles gangling striker, an indigene of the state.

“We will send a bill to the State House of Assembly to immortalise Rashidi Yekini with the name of the stadium changing after the approval,” AbdulRazaq said.

Earlier, Dare said the ministry had written series of letters to the Kwara Government on the need to immortalise the football icon.

Dare urged the governor to sustain his support for sports development as it was a veritable tool for engaging the youth and reducing social vices in the country.

“I want to thank his excellency for hosting our biggest youth games in Ilorin, let me inform you that we are coming to Ilorin again because of the facilities at University of Ilorin, soonest we will be around for the youth games.

“I love the fact that the governor also loves sport, I want to encourage your excellency to invest more on sports,” he added.

The minister also discussed several ways of developing youth and sports with the governor in line with international best practices.

He began his professional career at UNTL Kaduna in 1981, then played on the continent before moving to Europe, where he enjoyed a successful four-year spell at Vitoria Setubal in Portugal where he was the Primeira Liga’s top scorer in the 1993-94 season.

Yekini scored 37 goals as a Nigerian international, and represented the nation in five major tournaments, including two World Cups where he scored the country’s first-ever goal in the competition.

He was also named the African Footballer of the Year in 1993.