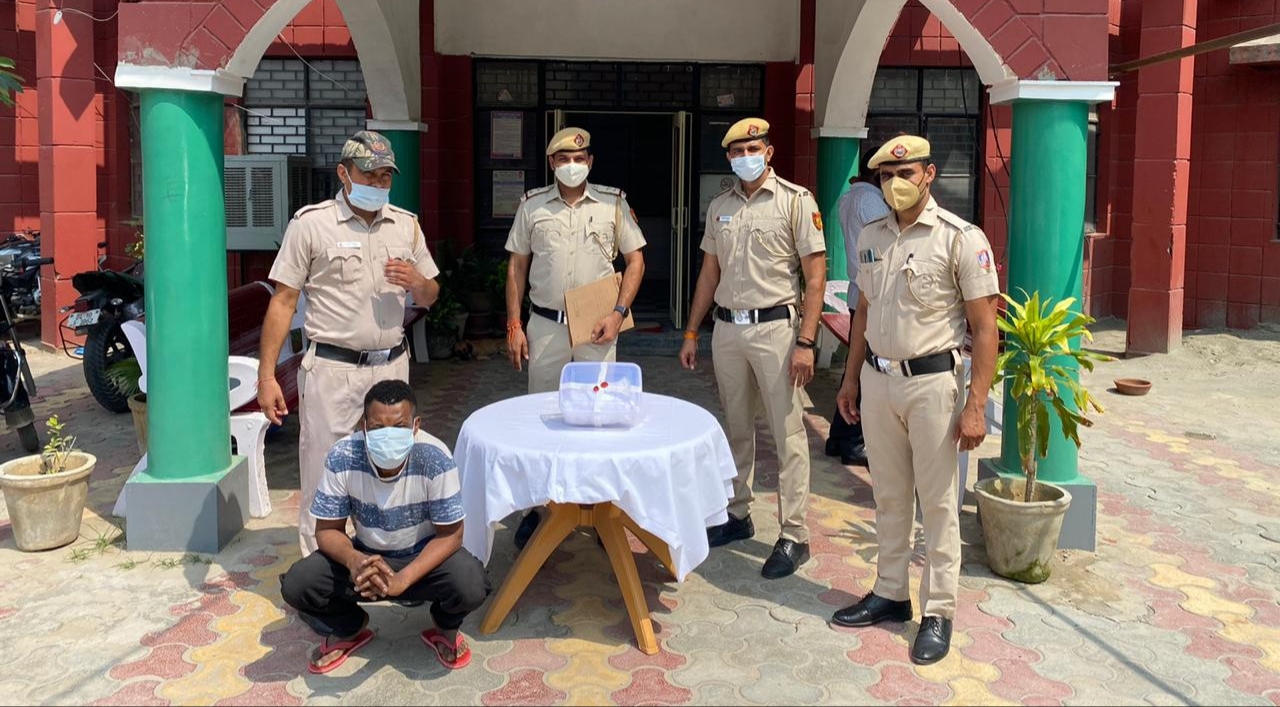 Police in India have arrested a 42-year-old Nigerian national for allegedly carrying 1.4 kilogram of amphetamine, a high-quality drug worth Rs 2 crore in Dwarka area of Delhi.

The accused simply identified as Daman was paraded at Mohan Garden Police Station on Thursday, September 10.

A police officer on Wednesday, September 9 disclosed that a team from the station got a tip-off that an African national is likely to come at Poswal Chok, 55 Foota Road and can be apprehended with drug lot.

“During his search, in his black colour bag, one white colour polythene, containing some brown powder was recovered. The substance recovered appears to be narco and contains characteristic of Heroin. The drug on testing was found Amphetamine (High quality of refined Heroin used for ecstasy in parties) and weighing 1.4 kilograms, then the seizure was made,” said the police officer.

During interrogation, Daman disclosed that due to immense poverty in his native country, he came to India on a business visa. To earn quick bucks, he fell into the company of African aboriginals who were engaged in the trade of narcotics substance.

“The accused firstly started supplying drugs in small miniatures and later on he raised his level. The accused could not produce any authenticate document in respect of his stay in India,” added the police officer.

DCP (Dwarka) SK Meena said Mohan Garden is congested and a lot of aboriginals of foreign nationals are residing in the area. Most of them are tenants as owners prefer to let out their houses to them and charge them exorbitantly.

“Most of the time many of them are found to be involved in either cheating or in selling drugs. The staff try to keep a tab on their activities and remain vigilant by verifying their credentials when they come across them.” said Meena.