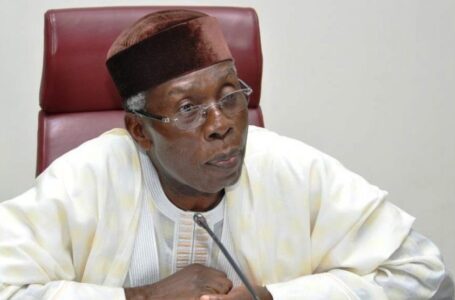 Prominent leaders from the North-Central geopolitical zone have seceded from the Arewa Consultative Forum, ACF and announced the formation of the North Central Peoples Forum, NCPF.

According to them, the new group will fight insecurity and marginalization, as they cited the worsening insecurity in the north as their reason for breaking away.

Gabriel Aduku, a former Minister of State for Health, is the interim chairman of the group.

Senator Useni addressed reporters in Abuja on Wednesday, saying that in spite of the abundant mineral and human resources in the North Central, the zone has been bedeviled by all manner of social vices.

Useni said the new group will, among other things, cooperate and support the good policies of the six governors of the North Central zone irrespective of political, religious and ethnic differences.

“We will support and cooperate fully with the Federal Government for full and complete implementation of infrastructures, development projects situated in the zone and the involvement of the people of the zone in the national affairs of the country.

“We will promote, defend and strengthen North Central unity and the interest of its people in the context of one indivisible Nigeria and to contribute to the safeguarding of her territorial integrity.”

Useni said that with development, the North Central has joined other zones that boast of common socio-political platform where they meet to discuss their strength and weakness.

The Arewa Consultative Forum, ACF, is currently led by a former Minister of Agriculture, Audu Ogbe.