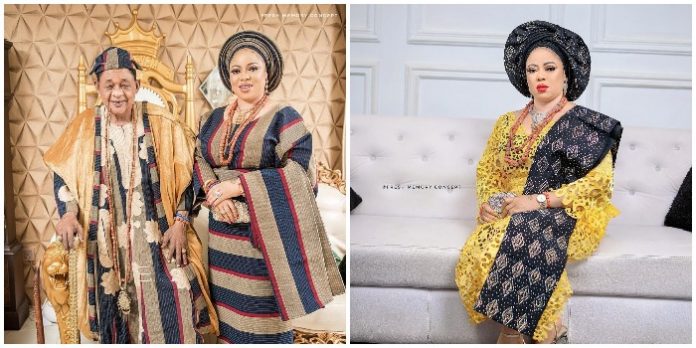 Ayaba Ashiat Folashade Adeyemi, one of the wives of the Alaafin of Oyo, Oba Lamidi Adeyemi has said that the revered king is a better lover than most young men. Ayaba Ashiat affirmed that the king is a very romantic man.

“Kabiyesi is very romantic. If you are not close to him, you won’t know that he is loving and kind. At times when I’m in the kitchen, he would come and offer to assist. While at the college, he would dish food for me and instruct the driver to bring it to school.

“The difference in our age gap has not stopped him from showing affection. He shows affection more than some of these young men you see outside there. What a young man can do out there, Kabiyesi does better”, she told The Nation in an exclusive chat.

Asked how she met him, Ayaba Ashiat said:” I met him for the first time when I was on an excursion to the palace. During the excursion, I asked him so many questions. Probably that was where he took interest in me. I requested to have an interview with him to know more and develop the project I was working on. I was just 25 years old then. We became familiar and he later proposed marriage”.

On the alleged affair of Olori Ajoke with popular Fuji musician, Alhaji Wasiu Ayinde (KWAM 1), she said “The incident was quite unfortunate. All those things that you heard were mere fabrications. Such a thing never happened. They were all lies.

READ  How to overcome COVID-19, by Joshua