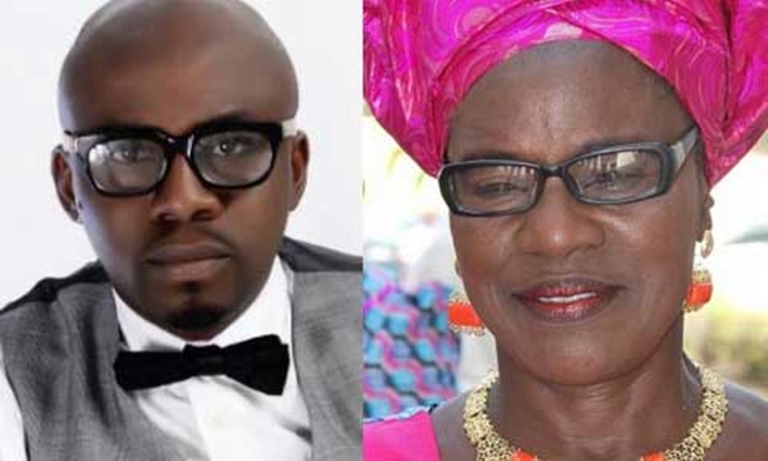 Son of veteran actress, Idowu Philips (or Iya Rainbow), Femi Philips, who is a skit maker, has said he derives joy from doing hilarious skits and making people laugh, just like his 77-year-old mother.

Femi, who is based in the United Kingdom, further said he deliberately shot stupid skits because it garnered more views and likes for him.

Speaking with newsmen, he said, “To me, skits’ exhibition or acting is a means of getting across to the people around you through good works. Good work will get you cool ratings by the people who see or watch it. My aim is to make my fans not only enjoy me but see me as a good Nollywood ambassador. Being far away from home (Nigeria) for a while and also not featuring consistently in the home videos just made me think and believe that it would be an avenue to launch myself back into the entertainment industry by projecting some good messages to my people at home and also in the Diaspora. I feel so glad and honoured whenever I see people appreciating my works.

“Integrity and dedication are very important traits I inherited from my mother, who is better known as Iya Rainbow. I love being humorous, which I also picked from my mum’s characters because we both derive pleasure from doing hilarious things to make people around us happy and excited.”

Speaking about Uncle Aroba, his character in skits, Femi stated, “I have had the Uncle Aroba inspiration for a very long time. When I got to the United Kingdom, I decided to revive it. I also looked at other skits online and discovered that not many people making skits were churning out meaningful skits. I remember the day I dressed like a woman and started to dance, I garnered almost 100,000 views within a short time. Sometimes I deliberately do stupid things to amuse people but ironically, I get more views and likes with such things. On the other hand, when I talk about more serious issues, I get few responses.”.

READ  Daddy Freeze reacts to viral video of Pastor Oritsejafor asking Americans to give $5000 to get a mantle that will help them not miss God
Share this Post[?]