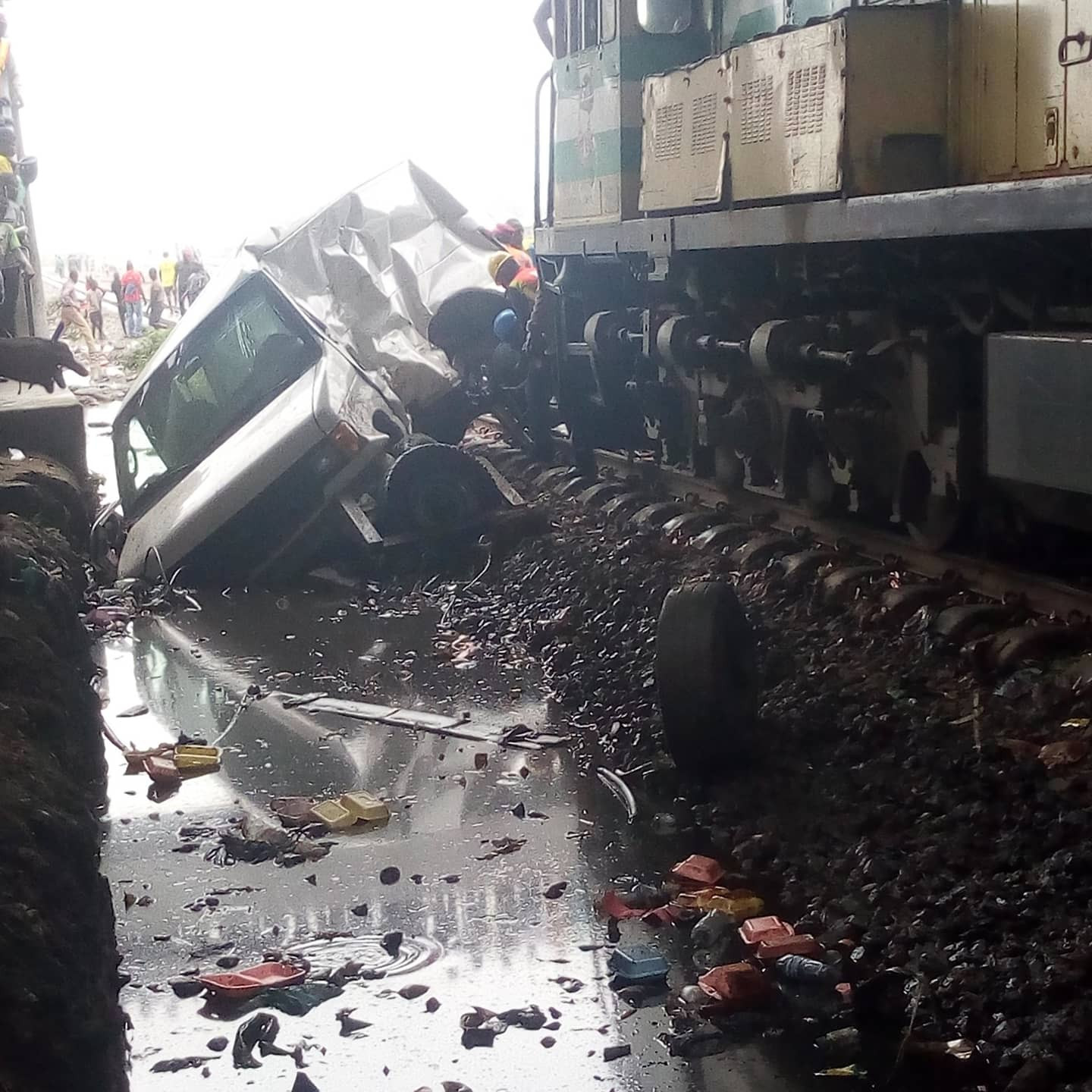 Several passengers narrowly escaped death in the early hours on Monday when a bus with Lagos registration number GGE 972 GE suddenly veered onto the train tracks while crossing the rail at PWD inward Oshodi, Lagos and collided with a fast-moving commuter train in the process.

The accident occurred at about 8:15 am.

Six persons were inside the vehicle but no one died.

“A passenger motor GGE 972 GE with six passengers veered onto the train tracks while crossing the rail at PWD inward Oshodi and subsequently collided with a scheduled commuter train.

“The bus was then dragged along for a stretch of the journey before the train managed to come to a complete halt. The Agency was able to successfully extricate the passengers and note that there was no loss of life”, he noted.

The official appealed to all drivers to obey traffic regulations to prevent deaths, injuries and transport delays.

Oke-Osanyintolu confirmed that the wreckage of the bus has been removed to allow for free flow of traffic. READ  ‘He’s A Phone Repairer, Not A Fraudster’, Family Of Youth Labelled Yahoo Boy And Chased To Death Cries Out
Share this Post[?]