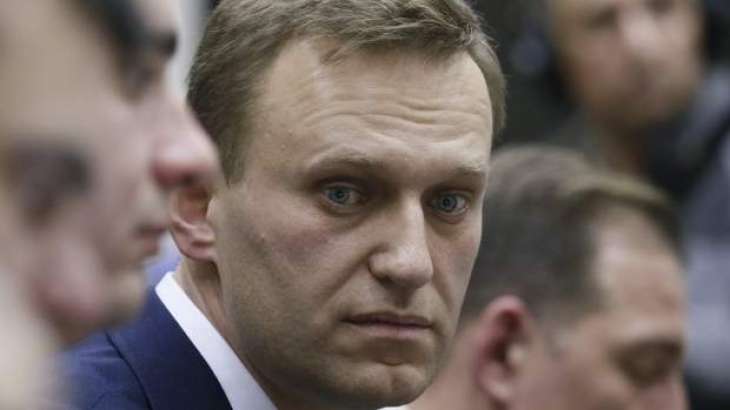 The head of Russia’s foreign intelligence service said Tuesday opposition leader Alexei Navalny showed no signs of poisoning before he was flown to Berlin for treatment and that Moscow had “questions” for Germany.

The 44-year-old lawyer and outspoken Kremlin critic last month fell severely ill on a flight from the Siberian city of Tomsk to Moscow after a trip to support opposition candidates in local elections.

“It is a fact that the moment Alexei Navalny left Russian territory there were no toxins in his system,” Russia’s Foreign Intelligence Service Director Sergei Naryshkin said.

“Therefore, we have many questions to the German side,” he told reporters.

Germany said there was “unequivocal evidence” that Russia’s most prominent opposition figure was poisoned with a Novichok nerve agent but Moscow has angrily dismissed the findings, saying its doctors found no trace of poison.

Navalny’s allies say the use of the banned chemical weapon means that only the Russian state could be responsible.

Chancellor Angela Merkel’s spokesman Steffen Seibert said Monday that labs in France and Sweden had independently confirmed findings by doctors in Berlin that Navalny was poisoned.

Russian President Vladimir Putin fired back in a call with French leader Emmanuel Macron, dismissing “unsubstantiated accusations based on nothing”.

The Berlin hospital treating Navalny said Monday he was regaining mobility and able to leave his bed.

Navalny himself addressed the public for the first time Tuesday, saying on Instagram he was able to breathe unaided.

“Doctors from the Omsk hospital saved Navalny’s life and performed a series of the most profound tests and examinations,” Naryshkin said.

READ  ”Religion & Tribalism Will Continue Making Fools Of Us"- Freeze To Story To Death Of Girl
Share this Post[?]