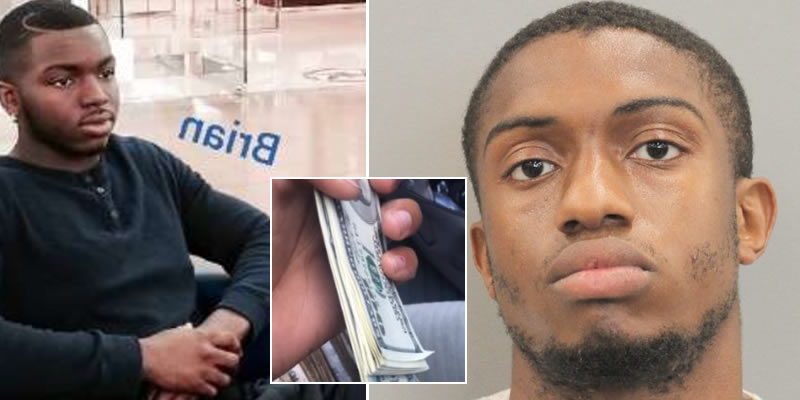 A U.S based, 22-year-old Nigerian man identified as Ofon Phillip Idiong has been arrested by Houston Police Department patrol officers for killing his 22-year-old friend, Brian Njoku on Monday, September 7, 2020.

The deceased was owing the suspect $40 and an argument over the lingering debt led to the fatal shooting of Brian.

According to reports, discussion on the debt had resurfaced when the two friends both visited a mutual friend. Ofon picked up Brian and they went to a another friend’s house at 8811 Gustine Lane, to watch a basketball match. The suspect asked for his money but Brian tried to explain a situation, that he has been trying to pay via an online banking platform but the money kept reversing into his account. An argument ensued and Ofon brought out a gun and shot him. According to City of Houston News, Houston Police Department patrol officers responded to a shooting call at the crime scene and found Brian suffering from gunshot wounds. They administered first aid and quickly rushed him to Memorial Hermann Hospital where he was pronounced dead.

The suspect initially fled the scene but returned and was interviewed by Houston police detectives. He was subsequently charged for his role in Njoku’s death.

The Houston Police Department wrote in a statement posted on its website: “Charges have been filed against a suspect arrested in the fatal shooting of a man at 8811 Gustine Lane that occurred about 10:30 p.m. on Monday (September 7).

“The suspect, Ofon Phillip Idiong (b/m, 22), is charged with murder in the 337th State District Court. A booking photo of Idiong is attached to this news release.

“The victim, Brian Njoku, 22, was transported to Memorial Hermann Hospital where he was pronounced deceased.

“The security guard stated that prior to the shooting Njoku and another man were overheard arguing in front of the apartment. ” the state read