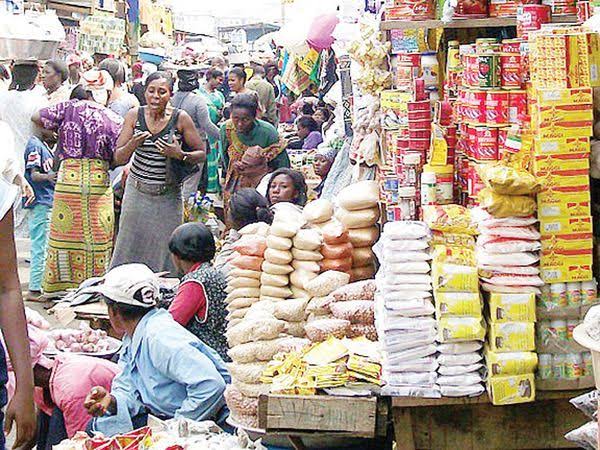 Similarly, in August, food inflation increased by 0.52 percent to 16 percent from 15.48 percent in July. This was due to a rise in prices of bread and cereals, potatoes, yam and other tubers, meat, fish, fruits, oils and fats and vegetables.

However, analysts in the financial sector have projected further rise in food inflation to 13.51 percent this month, citing recent directive of the Central Bank of Nigeria, CBN to halt sales of foreign exchange (fx) to food importers, increment of electricity tariffs, fuel prices and fx market instability.

In its Consumer Price Index, (CPI) Report for August 2020, the National Bureau of Statistics (NBS), stated:” The CPI, which measures inflation increased by 13.22 percent (YoY) in August 2020. This is 0.40 percent points higher than the rate recorded in July 2020 (12.82 percent). Increases were recorded in all COICOP divisions that yielded the Headline index.

On food inflation, NBS noted: “The composite food index rose by 16.00 percent in August 2020 compared to 15.48 percent in July 2020. This rise in the food index was caused by increases in prices of Bread and cereals, Potatoes, Yam and other tubers, Meat, Fish, Fruits, Oils and fats and Vegetables.

Commenting on the development, analysts at United Capital Management Limited, stated: “In our view, the outlook for the headline inflation rate remains biased to the upside for the rest of the year amid recent upward adjustment in electricity tariffs, fuel prices and FX market instability.

“Furthermore, the food inflation sub-index is likely to worsen in September amid recent directive for the CBN to stop sales of FX to food importers, in addition to border closure. Similarly, the core-inflation sub-index will track northwards following hike in electricity and the move towards full deregulation of downstream oil sector.

“It must be noted that despite the recent resumption of FX intervention sales by the CBN at the spot and futures market, liquidity remains a challenge in the currency market amid worsening trade deficit, huge backlog of FX demand by FPIs and capital rationing.”

Commenting on the inflation figures, analysts at Cardinal Stone Finance, a Lagos based investment house stated: ‘‘Higher food prices continued to be the primary driver of inflation as impacts of border closures, banditry, supply chain disruptions, and FX instability worsened the seasonal effects in August.

‘‘We highlight that the forex ban on maize imports in July may have raised the cost of poultry production in the review period, potentially prompting the FG’s intervention via the release of 30,000 tons of maize from the national grain reserves to animal feed producers.’’

In further insight into the inflationary pressures across other sectors, the Cardinal Stone analysts said, ‘‘the core basket recorded an atypical increase in August, with inflationary pressures cutting across all sub-indices. Notably, transport inflation accelerated faster than other core sub-components following crude oil-induced increases in PMS prices.’’

On the outlook down the year, analysts at SCM Capital Limited, a subsidiary of Sterling Bank Plc, stated: ‘‘Our inflation outlook remains biased to the upside anchored on currency pressures due to the devaluation and continued illiquidity in the FX market. In addition, we expect continuous pass-through of higher crude oil prices on domestic PMS prices and the increase in energy tariffs.

‘‘On food prices, we expect sustained uptick in prices, particularly domestically produced food owing to the impact of the flash floods in the food growing regions. Against this backdrop, we forecast headline inflation for the month of September to print at 13.72% YoY.’’