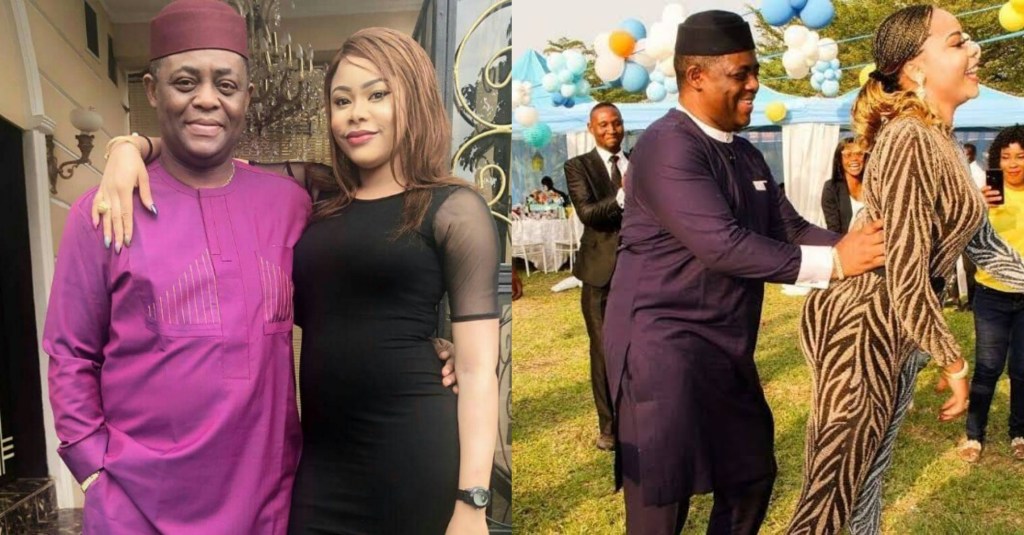 Lawyer and former Minister for Aviation, Femi Fani-Kayode has confirmed the separation/divorce from his fourth wife, Precious Chikwendu who delivered triplets for him.

The barely five year old marriage broke down about four months ago over incessant domestic violence, which the former beauty queen could not condone any further.

It was also learnt that Precious has since moved out of the marital home with the ex-minister preventing her from coming to the house or seeing the four boys including the triplets they had together.

As at the time of filing this report, the divorce story which had gone viral has not been denied by Fani-Kayode but the former Aviation Minister threatened blogger Stella Dimoko Korkus who broke the story with libel.

According to the popular blogger, Stella Dimoko, FFK may not have been the father of the triplets as they were conceived by IVF.

The blogger also reported that the ex-minister had retrieved the car he bought for Precious.

Reacting to the viral story, Fani-Kayode denied some aspects of the story and threatened a N2billion libel suit, according to his lawyer, Adeola Adedipe.

“Our client is aggrieved and has instructed us to draw your attention to these libelous breaches of his person and family. By this publication, our client has received denigrating phone calls and messages across the globe by virtue of which he now sufferers immeasurable loss of goodwill.

“However, he is inclined to draw a curtain over the wild and spurious claims if you retract the allegations on the same platform they were published and consequently apologise to him in two other national dailies.

READ  “Beware of sex dolls, it is like having intercourse with a dead person” — Expert warns

“You are also advised to enter into negotiations with us for the sum of two billion naira only being a token amount for penitence. Please bear in mind that you have 14 days from receipt of this letter to comply with the highlighted mitigating measures, the failure of which will leave our client with no preferred alternative than to seek redress in court.”

Fani-Kayode and Precious Chikwendu, got married in 2015.