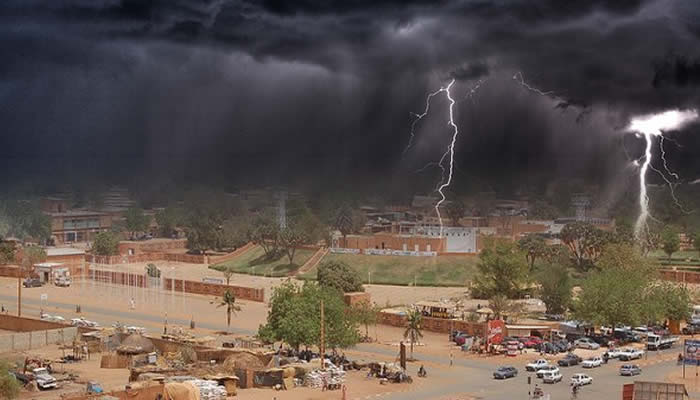 Tragedy hit Taraba on Tuesday when three siblings were struck to death by thunder while their mother, Justina Nyavoro, who sustained serious burnt is receiving treatment in the hospital.

According to report, the incident occurred at about 5.30 pm in Pupule village, Yorro local government when Justina and her three children were returning from the farm.

According to a source in the village, the woman and her three children were returning from the farm under very heavy rain and were close to Pupule village when the thunder struck.

The source said the three children were killed immediately while their mother, who sustained serious injuries and was unconscious, was rushed to Pupule maternity hospital for medical assistance, confirmed that she is responding to treatment.

It was further gathered that the three children, aged 12, 8 and 6 respectively, were buried few hours later.

He described the incident as unfortunate and painful.