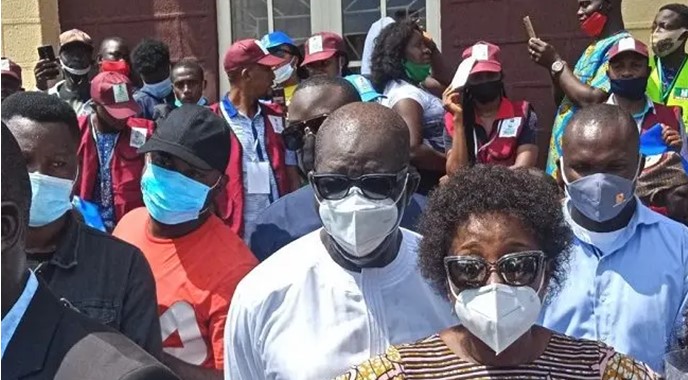 There is currently tension at polling unit 19, ward 04, Oredo local government area of Edo, where Godwin Obaseki, governor of the state, is expected to vote.

Supporters of the Peoples Democratic Party (PDP) and the All Progressives Congress (APC) attacked each other shortly after the governor arrived at his polling unit.

Obaseki, candidate of the PDP, is up against Osagie Ize-Iyamu of the APC in the election.

Meanwhile, the candidate of All Progressives Congress in the ongoing Edo Gubernatorial Election, Pastor Ize-Iyamu has just cast his vote at his polling unit PU 026 ward 5, Iguododo.

Currently, in Ward 1, Unit 9 at Ugbogbo quarter, in Akoko-Edo Local Government Area, LGA, electorate are eagerly waiting to cast their votes. The voters are bitterly complaining as the card readers in this unit have not functioned for once.

As at the time of filing this report, voters are still waiting patiently to cast their votes.