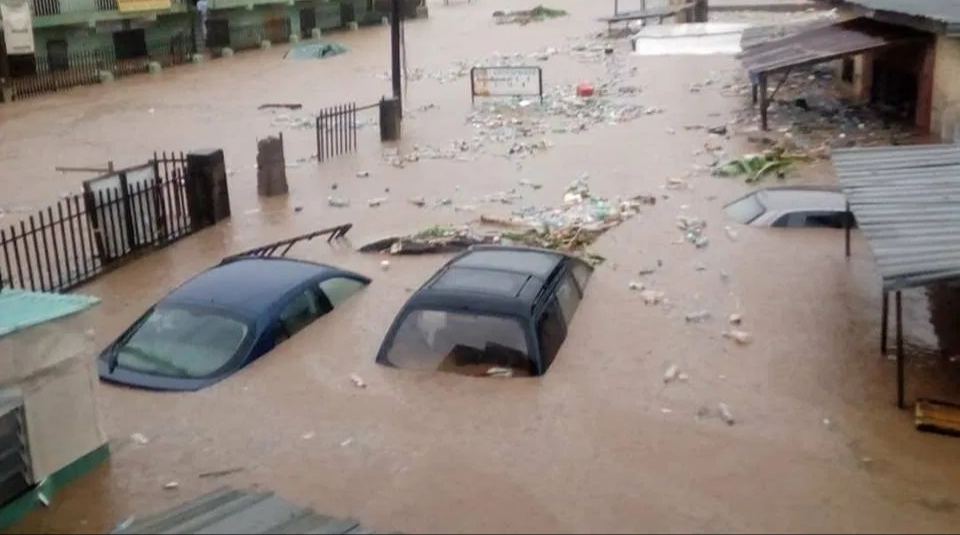 A journalist identified as Emma Ogu has narrated how he rescued his family from perishing in the landslide that ravaged Akwakuma community in Owerri North Local Government Area of Imo State.

Recall that a lot of people were forced to vacate their homes at Trinity Street, Akwakuma following the spate of devastating flood/landslide that followed consecutive rainfall for the past one week.

It was learnt that atleast 10 families were trapped in their homes for several days.

Ogu, a journalist and lecturer in the Department of Mass Communication, Federal Polytechnic Nekede disclosed that he managed to move out his family members through the bush after breaking a fence wall.

He said he has feared that the area might be submerged given the incessant flooding of the area and its devastation.

He said, “It is by divine intervention that I was able to sprite my family out of the angry flood.

“The area is usually heavily flooded at any drop of rain.

“Apart from the rain that fell on Tuesday that attracted the attention of the authorities, the downpour of Sunday increased the gully created by the erosion to about two kilometres and 10 feet depth.

“Cars could no longer pass through the street while many residents moved out of their belongings at the weekend.

Ogu said that the community has received emissaries from Commissioner for Environment, Dr. Iyke Njoku, who visited the area with some of the governor’s aides.

He appealed to the state and federal authorities to come to the aid of the residents to avoid further disaster.