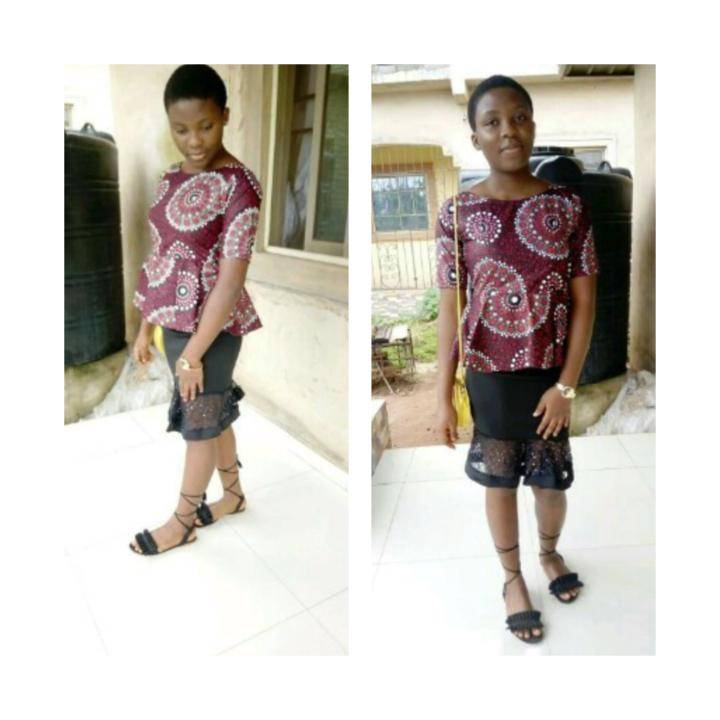 A Nigerian lady has narrated how a 17-year-old girl who was declared missing by her parents, was found in a hotel with two boys.

According to Annastecia Mary Lyon, the teenager was enrolled as a student in her makeup studio by her family.

However she “disappeared” without telling anyone, an incident that caused Mary being assaulted and the detention of some of the girls in her studio.

Narrating the ordeal, She wrote;

Yo!! Nancy Ethelle Uchenna Was my best girlfriend of more than 10years. Right from our high school days. Her parents knew me and mine knew her. Last month being August, uchenna and her mom came to my Makeup studio to enroll their 2 daughters for skill acquisition. 1 about 24 and the other 17. A week later, the 24year old went back to nursing school leaving her 17 year old still coming for her training from home daily. Last week Monday being 7th of September, I was informed to send Lemachi home once is 4pm. I instructed same to my workers. On the 10th of Sept. Unlike how we usually remind Lemachi is 4pm and time to go, she in turn was the one who checked her time and said, oh is 4, let me go home.

“Was told she crossed the road and boarded a bus as usual. It started raining around 6:30pm we were stalked at the studio. By 8pm, a call came through that Lemachi wasn’t home yet, we were surprised. She doesn’t own a phone, so no way to contact her. I was worried, my girls told me that Lemachi reminded them of the time unlike her, so they suspect her must have intentionally gone to meet someone. We still stayed calm till 10pm, I call Uchenna to ask if she was back, but she said no. Uchenna was sounding all relaxed. I tried knowing why and she said she is sure her sister has gone to see man. That #Lemachi comes home from school as late as 11pm* *and that is the reason they denialed her phone.

READ  Ekiti: ‘You deserve to be attacked’ – I Go Dye mocks Fayose

“She said “if we have given Lemachi phone, she will start spending nights”. I was surprised. An ss2 student, return home by 11pm. Wawu. So why wasn’t I told all these earlier? I still kept calm. 12am, 2am, Lemachi wasn’t home. The next morning, her parents and sister came to my studio for questioning, then I heard, that someone comes around the street to look for Lemachi, and another too. I even heard that she gisted them that a young man gave her 2000 naira 2 days to the questioning day. We all began suspecting the guy that gave 2k, maybe Lemachi followed him home. I went to the police station with Lemachi’s mother and sister to report. They sent a message across and told us to wait.

“We went home waiting and hoping she returned. That faithful Friday passed. On Saturday, we all came out, fasting and praying For Lemachi to return. Around noon, Police (Tiger sqaud) came to pick I and my girls up.

“Ethel Nancy Uchenna watched these men beat me up, she couldn’t tell them that Mary is not feeling well. A girl I called my best friend. Wawu. We got to the station and was interviewed, I and one of my girls was set free, that we had nothing related to offer. They held 2 of my girls. One because she identified a young man that came around to look for Lemachi, the second because Lemachi called the same young man with her phone. Both were detained. I was hospitalized, the stress and beatings..hmm

“On Sunday, my mom and my assistant’s mom went in for bail for the girls. They police only released my assistant. They said the other one will be in cell until she provides the young man she identified. We pleaded that the young man should be called that he will come out (this because I was told he stopped coming when we was told Lemachi’s age). But they refused, saying he will flee. Sunday passed. Monday morning, my mom was busy. I had to get out from the hospital, told doctor I was fine. I was discharged and I ordered uber, stopped by and bought food, went to give my remaining girl in cell as much as find out the way forward.

“Got home on Monday, Around 8pm. I received a call from Lemachi’s father. Asking me why I took food to the girl in cell. He threatened to shoot me, kill me if I dare take food to the girl in cell again. Haba! How mean can someone be? Even food? A person’s fundamental right. He went further to tell my mom that she and her daughter (me) knows where her child is and should provide her. Imagine? On Tuesday, I still went with my mom to give food to my girl. Had to call the girls father, he entered night bus to owerri from Lagos last night. A sick man. Today, being Wednesday, a Lawyer was brought for the girls case but another news surfaced. The girl after a week she left for home was found.

“The young girl was found with 2 boys. We passed through all that for a 17year old girl who went to enjoy her life. Lodged in hotels and had mad fun, with 2 guys oo. Her parents knew the kind of daughter they have, they just wanted to release their wickedness on some persons. And they succeeded. We saw the girl today, looking all beautiful and glowed up, they even bought her new pairs of footwear. *Then the mom had the guts to ask the police why they are releasing my girl?* really? This family is mean. So they should still keep my girl there even after your daughter is back? How evil. The police told her how she was supposed to apologise to my girl who was detained for no reason for days.

“She didn’t say sorry. She didn’t show any remorse. We left with the police apologising to us… so much wickedness. How do this people want to be served please?