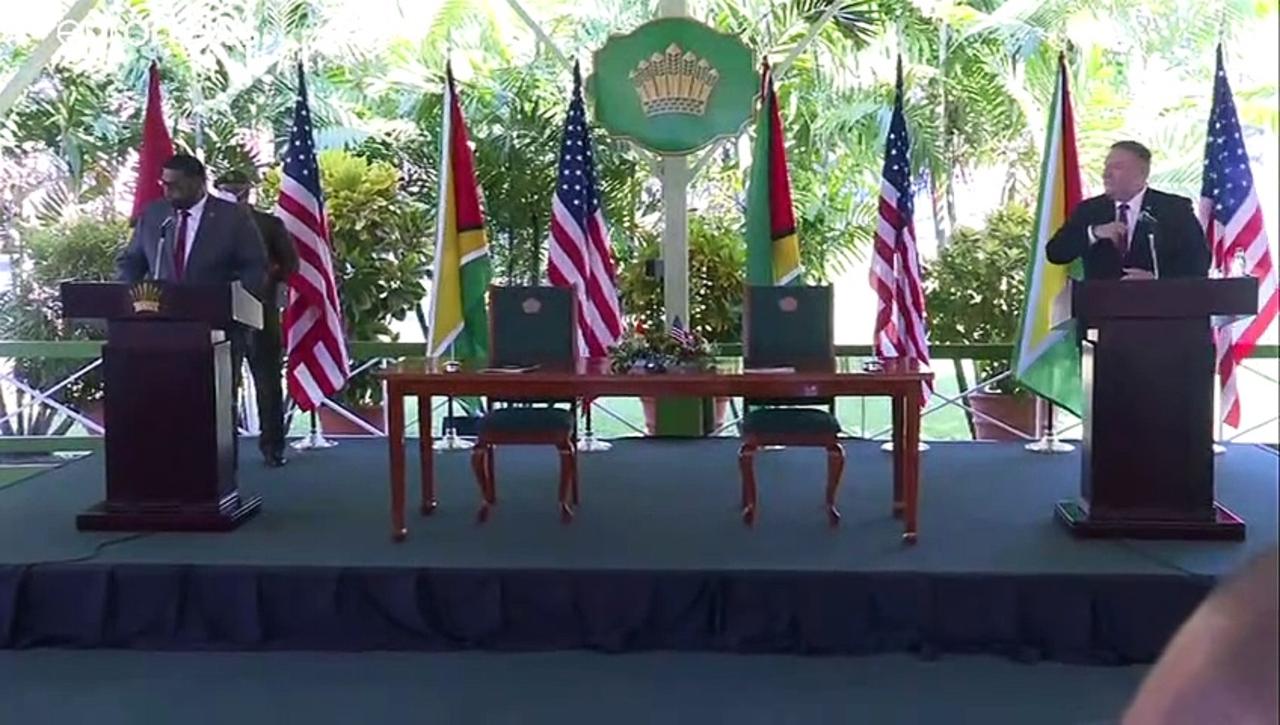 US Secretary of State Mike Pompeo spoke out about Venezuelan President Nicolas Maduro, stating that he should leave office.

The US’ top diplomat is currently visiting Guyana, Brazil and Colombia which border Venezuela.

“We talked about the need for democracy in Venezuela and an end to the illegitimate regime that is denying that very democracy that the Guyanese people so love, denying that democracy from the people of Venezuela,” he said while visiting Guyana.

The relatively poor nation stands to begin cashing in on its newfound oil wealth, with Exxon shipping the first tankers of Guyanese fuel this year.

The offshore fields discovered in 2015 are estimated to contain more than eight billion barrels, one of the world’s largest reserves. The revenue could generate €142 billion over the years, 120 times the country’s annual budget.

The sudden wealth has caught the attention of major international actors and spurred a race between the US and China to solidify ties. A supporter of Maduro, China likely sees Guyana as a geographically strategic ally.

Meanwhile In Venezuela, President Nicolas Maduro denounced the US Secretary of State’s tour of the region.

“Mike Pompeo is on a war-mongering tour against Venezuela, but it has backfired on him… and he has failed in all his attempts to get the governments of the continent to organise themselves in a war against Venezuela,” he said on state TV.

The country is in a deepening economic and humanitarian crisis. Earlier this week a UN inquiry also accused Maduro’s government of committing crimes against humanity.

Nearly five million Venezuelans are scattered across Latin America after one of the world’s largest migrations.

Roughly one in seven Venezuelans have left in recent years as the economy imploded.

The Trump administration supports opposition leader Juan Guaido and seeing an end to Maduro as president has long been a policy goal.

It’s also likely to be a focal point thousands of Latino voters in Florida, where Trump is in a close contest with Democratic nominee Joe Biden.