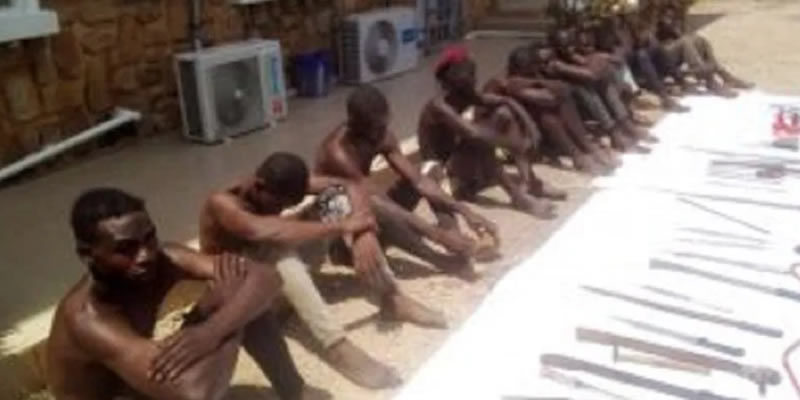 The Isah was arrested alongside 10 other members at Gangare community of the area. This was disclosed by Maj.-Gen. Chukwuemeka Okonkwo, the Commander of the task force, who paraded the suspects on Saturday in Jos.

Okonkwo who called on Plateau residents to cooperate and support the task force in its bid to protect lives and property was quoted saying, “We shall not rest until petty crimes, killings and other forms of insecurity are stemmed down.

“These suspects are largely responsible for the crimes and all forms of disorder in Jos.

“They kill innocent people on daily basis; they are very dangerous human beings.

“Yes, we have redeployed our troops into the hinterlands, but we shall continue to raid communities in the city centre to halt these crimes,” he said.

He also advised members of the public to be security-conscious and report any suspicious movements within their surroundings. Some of the dangerous weapons recovered from the suspects included knives, cutlasses, charms, among others.