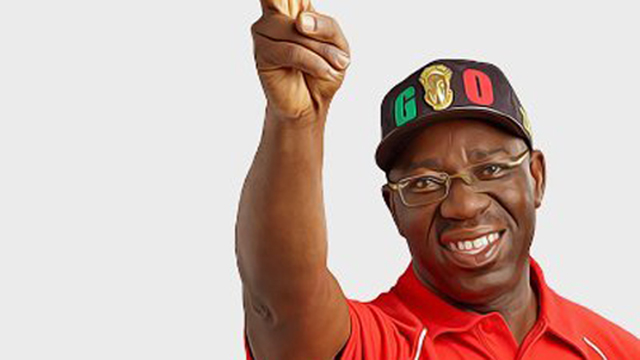 Peoples Democratic Party candidate and the incumbent governor of Edo State Godwin Obaseki has polled over 85,000 votes higher than his major contender Osagie Ize-Iyamu in 16 out of the 18 local governments in the state announced by the Independent National Electoral Commission

The official results from INEC show that so far Obaseki has 288,572 votes while Ize-Iyamu of the All Progressives Congress has 202,525 votes.

INEC has said it is working with security agencies to investigate the violence in the local government.

After the declaration of the 16th local government result, INEC declared a 2-hour break.

But the Special Adviser to the Edo State Governor on Media and Communication Strategy, Mr. Crusoe Osagie said that the “unexplainable break” called by INEC is causing apprehension in the state, wondering why the results are being delayed when the collating officers are present at the venue to announce the results from Orhionmwon and Ovia South West Local Government Areas (LGAs) in Saturday’s governorship election.

“We are compelled to alert Edo people, Nigerians and all lovers of democracy that officials of INEC called for a two-hour break, which is unexplainable as there is no concrete reason to justify the delay of the result,” Osagie said in a statement.

“We are aware that the returning officials from the two remaining local councils were at the INEC state office, to announce the result.

“But when it was time for the results to be announced, these officials were called into a separate room and are being held hostage, where we suspect the result was manipulated. After they had perfected their plot, they called for a two-hour break.

“It is instructive that one of the outstanding results is from the local government area of the candidate of the APC, which makes the matter all the more curious.”

But in the course of his term as the governor, Obaseki became estranged with Oshiomhole, resulting in Obaseki’s inability to get the party’s second term ticket, hence, he decamped to PDP to pursue his second term, with his rival joining the APC.