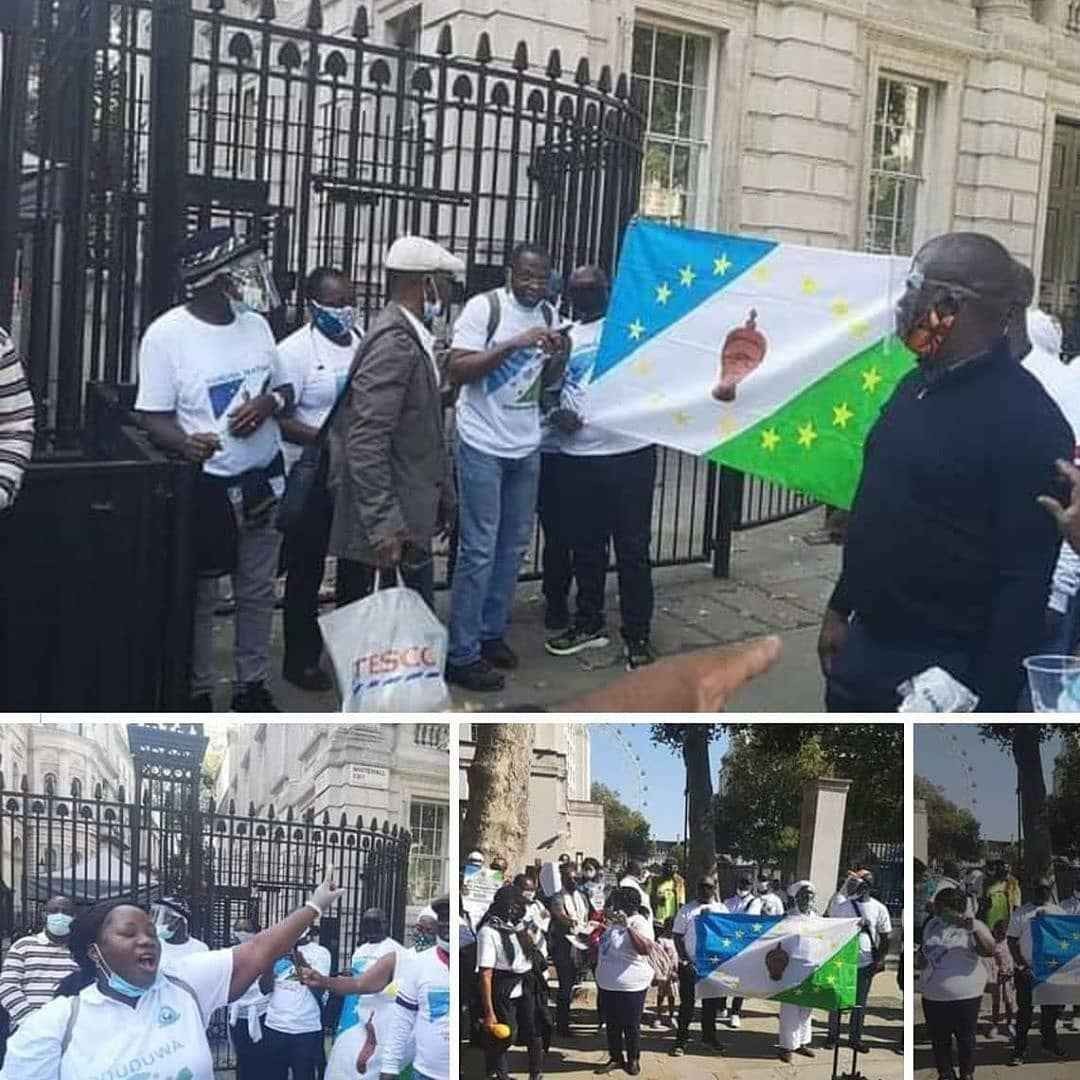 Following the resolution members of Agbekoya Peace Movements to agitate for the creation of Oodua Republic and secession of Yoruba speaking states through rally on October 1, a Yoruba group in the UK have staged a walk to protest the alleged invitation of Sunday Igboho by the Federal Government.

The protesters reportedly tropped out to support the agitation of the Ibadan based philanthropist.

The group of protesters also stated that the Ibadan socialite, Igboho was threatened earlier today by the Federal Government.

While assuring their support, the group implored home based protesters to agitate for the interest of the Yorubas (Oodua Republic) and worked towards having a peaceful protest on October 1st.

The group also appealed that protesters should resist from attacking the police officers, soldiers, DSS officials and they should avoid setting of houses ablaze.