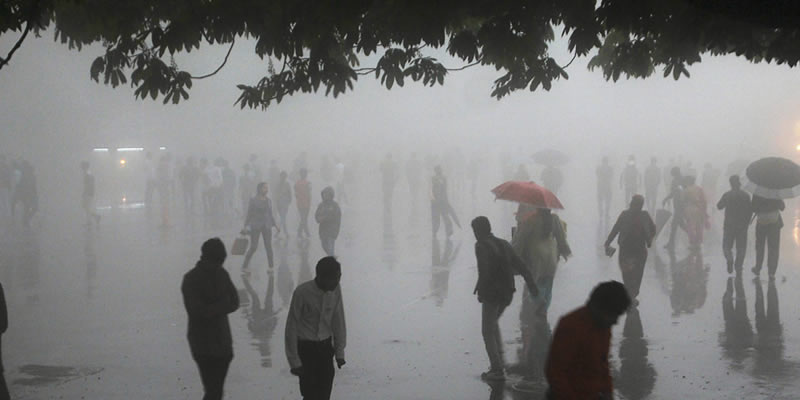 Sunday service was prevented after the Apostolic Church, Station Area, opposite the General Post office, Ilorin, collapsed after a heavy rainfal during a night vigil in the church on Saturday, September 20.

The tragic incident claimed one life and seven other worshipers who were holding night vigil in the church were rescued alive by men of the Kwara State Fire Service.

According to the head of Media and Publicity of the state fire service, Mr Hassan Adekunle, the rainfall which lasted for more than five hours wreaked havoc in other parts of the state, thereby leading to to several rescue operation across the state.

Adekunle said Another person who was reportedly swept away by flood in the Oniyangi area had yet to be found, the corpse of a young man was also recovered from another building which collapsed in the Ita-Egba area in Ilorin during the rainfall which accompanied by windstorm.

It was also gathered that schools in Oloje, Amule-Alabere community and the Magaji Are Healthcare centre were also affected by the windstorm.

Chief Press Secretary of the state government, Rafiu Ajakaye, has disclosed that urgent steps are being taken, he said “The governor is immediately setting up a special disaster response team to collate data of areas affected and determine how the state government can offer support based on available resources.”