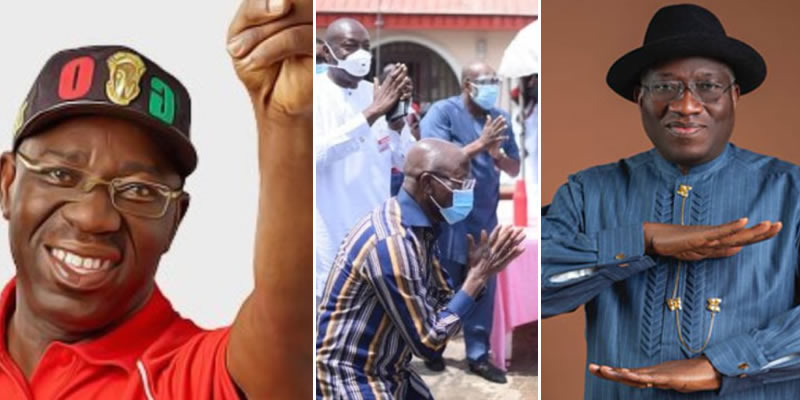 Former President of Nigeria, Goodluck Jonathan on Sunday, has advised the Edo State Governor, Godwin Obaseki in a congratulation message for his reelection.

Jonathan who has been a celebrated democrat since 2015 after bowing out of presidency, urged Obaseki to set aside partisan politics while governing the state for the good of all.

The former president also commended the Independent National Electoral Commission, INEC, for conducting a free and fair election in the state.

Jonathan in a series of tweet wrote: “I congratulate His Excellency @GovernorObaseki on his re-election as Edo State Governor. I also congratulate @inecnigeria for overseeing a process that allowed the votes of the good people of Edo to count.

“Democracy can only be consolidated to promote good governance in our nation and continent when our elections become credible, transparent and truly represent the wish of the voters.

“Through their ballot papers, Edo people have spoken in favour of Governor Obaseki. He should therefore rise above partisan politics and govern for the good of all.” The Ex-president said.