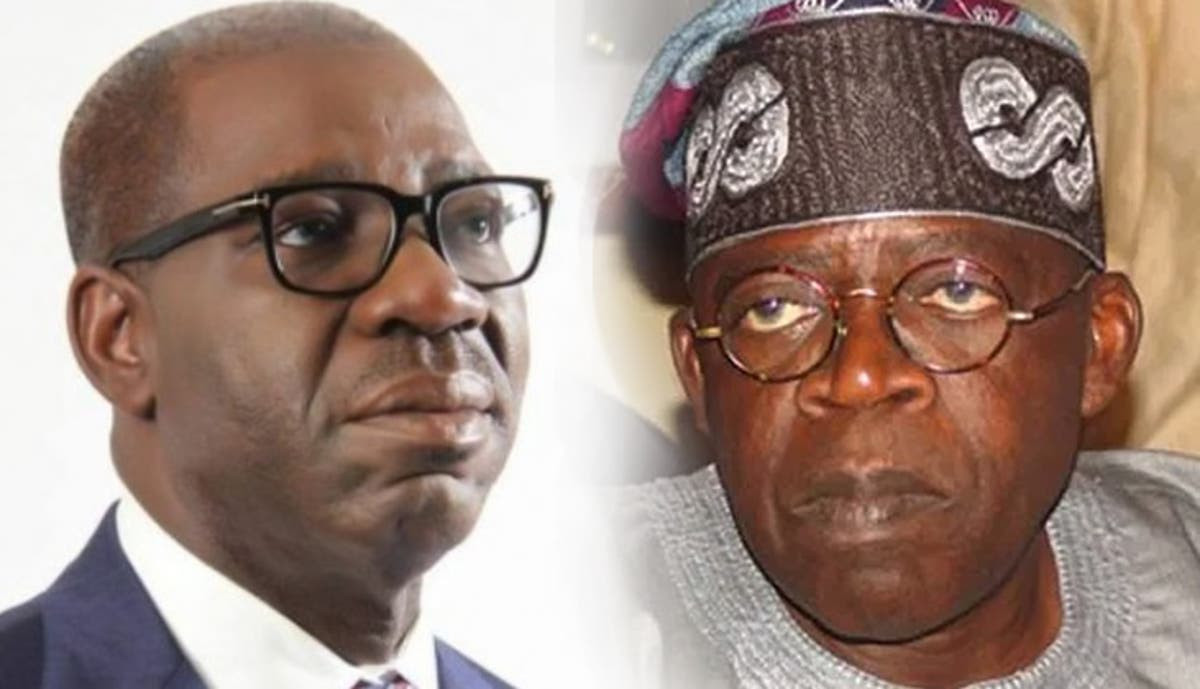 The Executive Governor of Edo State, Godwin Obaseki has promised to punish his predecessor and erstwhile godfather, Adams Oshiomhole and his ‘lions and tigers’ if they continue to misbehave.

This vow was made by the re-elected Governor of Edo State, Obaseki on Tuesday while appearing on Arise TV.

He stated that there was no plan to “run Oshiomhole out of the state” but noted that how Oshiomhole will be treated depends on his behavior towards his administration.

The re-elected Governor of Edo State, Obaseki also reacted to the roles played by the APC National leader, Bola Tinubu, prior to his re-election as Edo State governor.

Recall that Asiwaju Bola Ahmed Tinubu did a TV broadcast asking the people of Edo to vote out Obaseki on the grounds that he is a dictator and was nowhere to be found when he and others were fighting for democracy.

Reacting to the Tinubu and Oshiomhole partnership to end his governorship ambition, Obaseki said the APC leaders will destroy Nigeria’s democracy if nothing is done to clip their wings.

“The challenge with people like Oshiomhole and Ahmed Tinubu is that if they do not accept and change their style and attitude, they pose a big danger to our democracy because they are extra-constitutional players,” Obaseki noted.