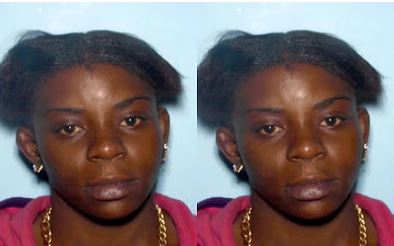 The suspect who pretended to be a customer entered the complainant’s store with two others with a locally-made pistol and knife to rob.

The police have arrested a woman identified as Mary Jeremiah in Benue State for robbing a provision store with a locally-made pistol and knife.

She has been remanded in prison on the order of a magistrates’ court in Makurdi.

The police charged Jeremiah, who lives in Ofoke Ojope, Apa Local Government Area of Benue, with criminal conspiracy and robbery.

Magistrate Erdoo Ter, who did not take the plea of Jeremiah for want of jurisdiction, ordered that she be remanded in the Makurdi Correctional Centre.

Ter then adjourned the case until October 22 for further mention. The prosecution, led by Inspector James Ewache, told the court the case was reported at the police station in Ugbokpo by the complainant, James Sunday of Efu-Ugbokpo, Apa LGA on August 30.

He alleged that Mary Jeremiah, who pretended to be a customer, entered the complainant’s store with two others with a locally-made pistol and knife. Ewache alleged that Jeremiah robbed him of N373,755 and an Infinix IV cell phone, worth N69,000.

The prosecution, however, said investigation into the matter had not been completed and prayed the court for an adjournment. The offence, he said, contravened the provisions of sections 6(b) and 1(1)(2)(a)(b) of the Robbery and Firearms Special Provision Act 2004.